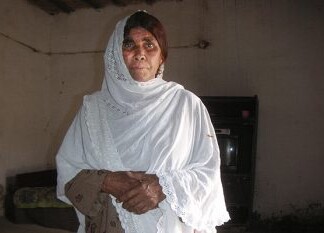 TANK: Gulana Bibi, 70-year-old illiterate woman candidate for PK-69, Tank seat, on Tuesday said if the people elected her to the assembly, she would work for protection of women’s rights, better educational facilities and provision of clean drinking water in the area.

Ms Gulana, who will contest the upcoming elections on Muttahida Qaumi Movement ticket, told Dawn here that she knew MQM leaders were on the militants’ hit list and it would be a difficult job for her to run election campaign as a candidate of MQM.“Let me tell you I’m impressed by MQM leadership because it faces no corruption charges at all,” she said.

The woman candidate, who has four sons and hails from Dera, a small town bordering South Waziristan Agency, said relatives and well
wishers were worried about her life due to threats, but even then, she had begun election campaign.

“I’ve been going from door to door in various union councils of the district to seek votes,” she said.

Ms Gulana said she had entered politics to protect women’s rights and raise voice on the floor of the House about it.

She said in the male-dominated society, local women had been confined to their houses denying them rights to education and other activities.

The woman said all previous elected representatives were responsible for the misery of the people of Tank.

She said as a local resident, she knew very well about the people’s problems and would resolve them if she was elected to the assembly.