Felling of trees in full swing across city 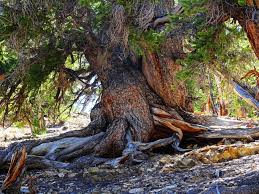 Municipal and other authorities have started cutting fully grown trees at greenbelts and parks in the city in the garb of creating space for plantation drives though the plantation season that usually lasts from July to September is over and the scorching heat of October would not let new saplings thrive.

Trees are being felled from Sohrab Goth to Clifton, from Sharea Faisal to Malir and from Saddar to Gulistan-e-Jauhar by district municipal and other authorities, and no heed is paid to protests by concerned citizens.

“We have been asked to cut these trees in such a manner that they don’t grow again. Please talk to our officers instead of giving us lectures on the importance of trees,” said an employee of the District Municipal Corporation DMC (South) said near Do Talwar in Clifton when some citizens and traffic police officials tried to stop him and his co-workers from cutting down trees.

Traffic constable Aijaz said he used to take shelter under the trees brought down by the municipal employees. Residents of Federal B Area also complained that district municipal authorities were felling trees near and around the Sohrab Goth Flyover, and, despite their protests, truckloads of tree trunks and leafs were being transported to unknown locations.

“Green trees are being cut and garbage is being burnt under flyovers. There is nobody to stop this practice and I wonder what kind of city I’m living in these days,” said Dr Atif Hafeez, an ENT specialist and president of the Pakistan Islamic Medical Association.

Criticising the Sindh Environmental Protecting Agency (Sepa) and Minister for Local Government Saeed Ghani, he said he would try to mobilise people against this “anti-Karachi” activity, as people were already suffering due to dust allergy, smoke from the burning of garbage and air pollution.

Complaints were also made by residents of Gulistan-e-Jauhar, Gulshan-e-Iqbal and Malir that trees were being chopped down in their areas from footpaths, greenbelts and parks.

Despite repeated attempts, Sepa officials refused to talk on the issue, saying if municipal authorities were behind the felling of trees, the local government department should be approached for comment.