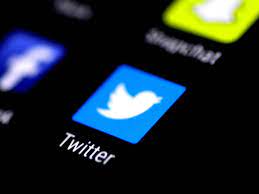 At least 12 people were arrested during the simultaneous operation in Lahore, Faisalabad, Nankana Sahab, Islamabad and elsewhere in Punjab, said FIA.

The suspects, FIA said, were involved in posting ‘doctored images and fake videos’ on the internet.

The government has announced to treat the banned TLP as a militant organization and “no restraint” policy for inciting violence.

The protesters have, on the other hand, reached Chanda Qila, a few kilometers from Gujranwala. To stop them, a number of trucks and containers were parked on the Sarai Alamgir section of the GT Road. The Chenab Bridge in Gujrat has been completely closed for traffic, while all routes from Gujrat to Lahore have been closed.

However, reacting to government decisions, the banned TLP said that the primary demand has always been the expulsion of the French ambassador. “The government has always used power to snatch our constitutional and legal rights. Protests are the beauty of democracy,” a TLP spokesperson said.