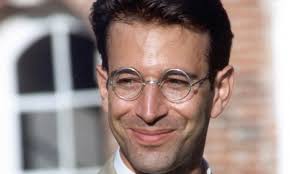 ISLAMABAD: The federal government intends to join the review proceedings initiated by the Sindh government against the acquittal of the accused ordered by the Supreme Court in the murder case of US journalist Daniel Pearl.

A spokesman for the Attorney General Office on Saturday announced that it would be filing an application with the Supreme Court seeking permission to join as a party the proceedings before the top court to seek review and recall of its Jan 28, 2021 Supreme Court judgment of acquitting Ahmed Omer Saeed Sheikh — believed to be the mastermind of the murder of Mr Pearl — and the co-accused.

By a majority of two to one, the Supreme Court had ordered release of Sheikh and the co-accused by extending the benefit of the doubt if they are not wanted in any other case.

Immediately after the pronouncement of the judgment, the parents of the slain journalist, namely Ruth Pearl and Judea Pearl, termed the order “travesty of justice” and said the release of the alleged killers put in danger journalists everywhere and the people of Pakistan.

In response, the Sindh government immediately moved a set of petitions seeking review and suspension of the Supreme Court order to release Sheikh.

The review petitions under Article 188 of the Constitution were filed by Prosecutor General of Sindh Dr Fiaz Shah with a request to the Supreme Court to suspend the Jan 28 short order and stop the release of Sheikh from the Central Prison Karachi.

Now the Attorney General office says that the federal government will also file an application for constitution of a larger bench of the Supreme Court to hear the review petitions.

Meanwhile, Mr Pearl’s parents in a statement also expressed the intention to file a review petition against the majority decision of the Supreme Court to ensure that Sheikh and his “co-conspirators” were brought to justice for the kidnapping and murder of their son.

“It is beyond belief that Omar Sheikh — who, after 18 years of lies, had finally admitted in a handwritten letter to the court his role in the kidnapping for ransom of Daniel Pearl — has been given a clean slate and let loose once again upon the world to continue his international terrorist activities,” the statement said.

“We appreciate the continuing efforts of the Pakistani government, the Sindh provincial government and the US government to ensure that the killers of Daniel Pearl are punished and kept in custody,” Mr Pearl’s parents said.

“We also appreciate the minority judgement of Justice Yahya Afridi for his independence and courage in bringing to justice Omar Sheikh and Fahad Naseem.

“Let there be no doubt that our fight for justice for Daniel Pearl is not merely a personal struggle but a struggle for the independence of all journalists and all innocent victims of terrorism in Pakistan and worldwide.

“Our voice for justice may have suffered a temporary setback by this travesty of justice but it will never be silenced, and we remain committed in our quest for justice for Daniel Pearl,” the parents of Mr Pearl said.

In addition to the review petition, a different three-judge bench of the Supreme Court, headed by Justice Umar Ata Bandial, will consider whether it should suspend the Dec 24, 2020 Sindh High Court (SHC) directive to the extent of the Sindh government seeking the court’s prior permission before issuing any preventive detention order against Sheikh.

The bench, also consisting of Justice Sajjad Ali Shah and Justice Munib Akhtar, has fixed the hearing on Monday to hear the point of view of the other side, including Additional Attorney General Sajid Ilyas Bhatti and Mehmood A. Sheikh, a lawyer representing Sheikh.

At the last hearing on Jan 28, Advocate General of Sindh Salman Talibuddin had pleaded before the Supreme Court that the high court order was an intrusion on the executive power to issue a detention order in respect of any individual considered to be an “enemy alien” within the meaning of Article 10(9) of the Constitution.

The SHC through its verdict had ordered the provincial government to immediately release Sheikh and other accused from the jail since the first and the second preventive detention orders of April 2 and July 1, 2020 had expired.

The short order of the high court had also struck down the June 29, 2020 notification of placing all the accused on the IVth Schedule of the Anti-Terrorism Act pursuant to section 11-ee since it was found to be issued without lawful authority and therefore of no legal effect.

The high court had observed that none of the accused was found to be an “enemy alien” as contemplated under Article 10(9) of the Constitution and as such their detention under this provision was also found to be illegal and without authority.

Through its appeal, the Sindh government had pleaded before the Supreme Court to explore the true meaning of the “enemy alien” within the meaning of Article 10(9) of the Constitution – a term also used by the high court in its order.

The Sindh government had argued that Sheikh fell within this category for which they had provided evidence and material to prove the point but the high court rejected their plea.

The AG of Sindh had also contended that the high court through its order had also barred the provincial government from exercising its authority under Article 10 of the Constitution except with the permission of the high court when this authority was vested by the constitution in the Review Board which was always headed by Supreme Court judges.

This directive of the high court had divested the provincial government from its powers to issue any detention order in this regard, the government had argued.