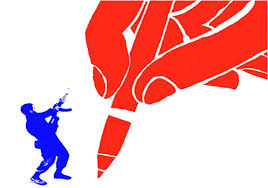 Local daily Urdu newspaper reporter Asad Ali has been missing since late on Wednesday evening when, according to the family, a mobile of the Bahadurabad police station came to their house in Malir and took him away with them.

The family claims that Ali was reporting against the narcotics mafia operating in the city and also trying to unearth black sheep in the police department, and now the police have taken him into their illegal custody.

District East SSP Ghulam Azfar Mahesar when contacted said that District East police recently busted three major gangs of drug peddlers operating in the city. He claimed that Ali was also involved with them. He, however, said that he was looking into the matter and Ali would be released if he was found uninvolved.