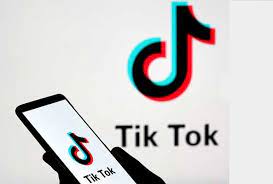 Responding to its suspension in Pakistan, Chinese social media app TikTok said Thursday it continues to work with regulators to serve its millions of users and creators in the South Asian country.

“We have grown our local-language moderation capacity for Pakistan, and work diligently to review and take action on content in violation of our Community Guidelines,” the platform said in a statement shared with Anadolu Agency.

“We continue to work with regulators, and look forward to serving the millions of TikTok users and creators in Pakistan who have found a home for creativity, fun and vital economic opportunities for many years to come.”

A Pakistani court on Monday ordered the temporary suspension of the short-form video app, the third such ban in less than a year.

The Sindh High Court made the order in response to a citizen complaint of “immorality and obscenity” spread by the app, directing its suspension until the next hearing in the case, set for July 8.

The court said that TikTok – wildly popular among Pakistani youth – had failed to keep its assurances that it would regulate content in Pakistan “in line with the local laws and … block accounts spreading vulgarity.”

The order said the platform failed to respect the law, basic injunctions of Islam, and the culture of Pakistan and “recently started a social media campaign whereby they are celebrating “LGBT (Lesbian, gay, bisexual and transgender) Pride Month.”

Pakistan had blocked the app last October but un-banned it after assurances that the app would block all accounts “repeatedly involved in spreading obscenity and immorality.”

TikTok was again banned this March by the Peshawar High Court, with a later reversal warning the app management that “immoral content should not be uploaded.”

Rights organizations and officials have both voiced concern over the ban.

“The development is worrying and points at the disregard of citizens’ interests, and at the inclination towards prioritizing arbitrary arguments,” Media Matters for Democracy, a non-profit working on media literacy and internet regulation in Pakistan, said in a statement.

It called on judges to take into account the interests of users when making such decisions, adding that bans based on subjective terms such as “obscene” and “vulgar” violate citizens’ free speech and right to access information.

In a tweet, he said the country cannot emerge from its economic crisis without reforms to its judiciary.

Of the total, 36.8% of the videos were removed for violating TikTok’s policy on minor safety, 21.1% for illegal activities and regulated goods, and 15.6% for adult nudity or sexual activities.

According to its community guidelines, TikTok does not allow nudity, pornography, or sexually explicit content. 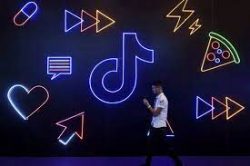