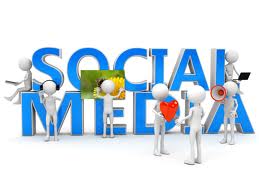 According to top officials, both the sides have removed lots of controversial material on the request of Pakistan Telecommunication Authority.

Both the websites have been cooperating with Pakistan and on our request they have remove the objectionable material, a PTA official said.

Responding to a question about the directives of the acting speaker, who on Thursday wrote a letter to PTA to remove blasphemous material, the official said, the vigilance team is already monitoring the contents and whenever any objectionable material is found, the authority would write to the management of website and they remove it after a due course of time.

The official, however, said that the authority has to explain that why the material is controversial and why it is important o remove it as per Pakistani law.
Due to the cut-throat competition between internet providers, the number of users is increasing every day.

According to the latest data of Pakistan Telecommunication Authority, the broadband subscribers reached 30,996,295 in March 2016.

The official said that the authority was doing its best to meet the emerging technological challenges with its limited resources.

“The cyber space is very dynamic, new content is being added continuously, with limited resources we are doing our best to perform what has been entrusted on us,” he added.
He, however, clarified that as per mandate it is not the job of the telecom regulator to monitor cyber space.

He said: “whenever there is anything related to IT, the government throws it towards us but we have already too much to deal with, our job is to regulate telecom sector not the whole IT industry.
”The letter of Acting Speaker National assembly regarding removal of blasphemous material has once again started the debate which resulted in closure of video sharing website in country for over three years.

The government almost four years ago blocked popular video-sharing website YouTube over an anti-Islam film that triggered protests across Muslim world, including Pakistan.
During the blackout period, there were some who opposed the ban saying that blocking a useful and educational website was no solution.

Many supported the ban claiming that since it has hurt the sentiments of the local users by not offloading anti-Islam movie it should be boycotted.

This year, Pakistan re-opened the portal website after years of negotiation when finally management introduced a local version, where content could be modified according to laws of the land.