There is a lesson to be learned from the Facebook campaign against ghost teachers that has created a much-needed stir in Sindh’s education department. Names of teachers who are enrolled with the education department, but are not showing up to work have been published on the campaign’s Facebook page, along with their photographs, by the residents of these areas. These profiles end up being shared and cross-shared so many times, that in no time, the teachers get to know that they have been caught. The power of social media is finally being utilised for a good, meaningful cause. Students who are fed up with their teachers’ absence have taken the matter in their own hands and are now able to shame them into doing their jobs.

Another important issue that this campaign has highlighted is how a large number of journalists, politicians and other prominent personalities have been exposed as ghost teachers. By exposing these prominent names, especially those of journalists, this campaign has ensured its effectiveness. Journalists who were enrolled as government teachers in the education department probably never highlighted the issue of ghost teachers in the media or tried to cover up the problem. Since this Facebook campaign exposes all names, it will ensure that journalists are also held accountable in this regard. Same is the case with politicians, who claim to be working for the benefit of the province but are, in essence, charging extortion from the government in terms of salaries that they have received despite not doing their jobs. Just a few months into the campaign, it has started giving positive results. Khairpur’s education officer suspended 77 ghost teachers in the district. Similarly, teachers in parts of Mithi have been identified and the education department has promised action against them. While this social media campaign is yielding results, it is the provincial government’s job to keep the teachers in line. The education department must devise a proper strategy to put an end to the menace of ghost teachers once and for all. 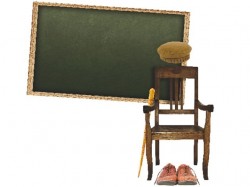 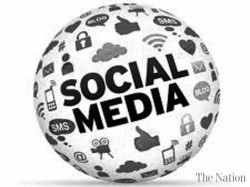