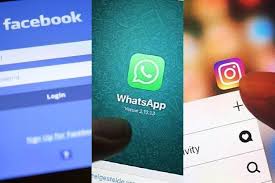 Downdetector maps show the services were struggling around the globe, but the issues seemed to be the worst in parts of the US and Europe. According to British newspaper The Independent, some WhatsApp users were unable to send photos, videos and voice messages, though text was going through, and #instagram down is trending on Twitter.

In Pakistan, a lot of people faced problems in dissemination of information and photos.

Facebook reportedly acknowledged the outage. According to a wire service, the company said it’s working to resolve issues faced by some users on Instagram and WhatsApp.