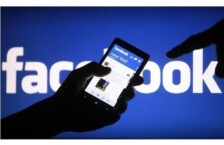 ISLAMABAD.: A popular social networking site has blocked live news streaming by Pakistan’s national broadcaster over posts about Indian Occupied Kashmir (IOK) which has been under siege since August 5, 2019 after the Narendra Modi government unconstitutionally stripped the disputed region of its special status.

In a statement, the national broadcaster showed screenshots of Facebook’s messages on some of the posts that it said went against standards on “dangerous individuals and organisations”.

According to officials, Facebook informed Radio Pakistan on Sunday of suspending its live news streaming for two months and with a warning that if the PBC did not abide by the social media giant’s policy, the provision of posting and commenting on the popular site would be withdrawn for good.

Radio Pakistan announced it has made temporary alternate arrangements on video-sharing site YouTube to continue the live streaming of its news bulletins.

The accounts were reported to Twitter by India alleging that they were sharing “propaganda through false videos and images which claim to portray the current situation” in IOK.

At the time, Pakistani officials blamed the Indian staff at Twitter’s regional headquarters for the move while announcing to take up the case with the social media giant.

Wani, the young face of the freedom struggle in IOK, was martyred by Indian forces on July 8, 2016.

“As we have seen, every time we try to highlight human rights violations in Occupied Kashmir on social media platforms, such as Facebook, the accounts are suspended,” Firdous Ashiq Awan told the media in Islamabad on Monday.

Meanwhile, PM’s Focal Person on Social Media Dr Arslan Khalid claimed that the issue has been resolved. “At 3pm I had a chat with the Facebook administration and by 5 or 6pm the matter was resolved,” Khalid told The Express Tribune by the telephone.

“Facebook does not allow posts that glorify banned organisations,” he added.

Asked whether it was martyred Burhan Wani’s post by Radio Pakistan that went against Facebook’s policies, he said: “There was an objectionable picture.”

In 2016, Facebook came under fire for censoring dozens of posts related to the death of Wani, which had sparked widespread protests in IOK, according to Britain’s The Guardian newspaper.

Images, videos and entire accounts of academics and journalists as well as pages of local newspapers were removed for posting about IOK.