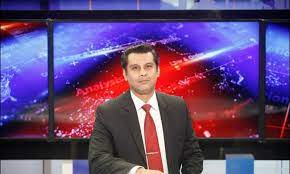 Slain journalist Arshad Sharif’s widow has penned a letter requesting President Dr Arif Alvi to intervene and help in her husband’s ongoing murder investigation, saying that his family was “extremely disturbed and disappointed”, it emerged on Friday.

But later reports from the Kenyan media reconstructed the events surrounding the killing, stating that an occupant in Sharif’s car at the time of his killing was believed to have shot at paramilitary General Service Unit (GSU) officers. Investigations are underway to probe Sharif’s death and the government constituted committees on the matter as well.

Siddique said that the family was left “completely devastated” by the murder and were “desperately running from pillar to post” to seek justice for him.

She alleged that they had received no support from the state or country in initiating the investigation, conducting and reporting the postmortem analysis or how some were using his death for “furtherance of their own agendas and the settling of scores”.

Siddique said that pictures of the attack on Sharif were unlawfully leaked and circulated, his dignity was violated even after his death and his family was being subjected to “constant torment” by seeing the distributed pictures.

“We never consented to any of these pictures being displayed and despite pleading with the relevant authorities to tell us how these pictures were made public knowledge, we found no support from officials.

“It barely requires mentioning that our entire family has been extremely disturbed and disappointed by the way the investigations into martyr Arshad’s cold-blooded murder are being carried out,” the letter reads, adding that it appeared as if the entire exercise was aimed at “just covering up his brutal and inhumane murder”.

Siddique urged the president to intervene and order that the case be given a “fair and honest investigation” as per the Constitution.

She said that considerable time had passed since the postmortem was carried out by the Kenyan and Pakistan authorities and it was the family’s “fundamental right” to know the truth about the murder and have the relevant information.

Siddique also requested the president to direct the concerned quarters to ensure that the “media trial is halted so that the due process of law may prevail”.

She added that there were many “discrepancies, anomalies and contradictions in the initial investigations” that had forced the family to reject the government-formed commissions since “the same government filed no less than 16 unfounded FIRs (first information reports) against him.”

Siddique requested the president to help the family in ensuring a thorough murder probe by nothing less than a high-powered international team of experts under direct UN supervision and also in approaching the Supreme Court for the formation of a judicial commission to hold a transparent inquiry into the murder.