Expression of thought: Of rituals and taboos passed on | Pakistan Press Foundation (PPF)

Expression of thought: Of rituals and taboos passed on 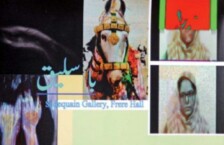 KARACHI: Five artists tried to highlight the realities of our society — the rituals that reinforce and preserve memories and the taboos that have been passed on from generations to the next.

Their works were displayed on Friday in a show, titled ‘Basiliq’, at Sadequain Gallery, Frere Hall. Presented under the magnificent ceiling of the gallery, all the works seemed to be either addressing or protesting against the prevailing rituals and taboos of society.

Artist Manizhe Ali believes that rituals are focal practices of reinforcing and preserving memories. Her works included a painting of the Zuljinah and another one depicting people doing matam. Two other works of her depicted the Muslim prayer and supplication in an attempt to highlight the social, historical and cultural context of Islam. She has focused on memories, which, according to her, help construct narratives.

In his digital prints, Jamal Ashiqain, a visual artist, focused on how honesty and truth are important elements of society but, at times, are not as pleasing as they are considered to be. According to the artist, his work celebrates innocence, honesty and humanity because if these elements do not exist, society will die a silent death.

Portraits by another artist, Nida Ramzan, are a series of work that have focused on the female body and its relationship with different elements. Her body of work comprised a series of paintings presented in a video. Talking about her work, she said that she found herself confronted with images pertaining to the realities of a woman’s life every day and thus decided to address them. According to the artist, the work offers a visual critique of the psychological and cultural ways of viewing the human condition. They also offer a combination of women’s feelings towards social and political issues.

Visual artist Mehreen Hashmi has painted under the theme, ‘Only She Can Scream for Me’. According to the artist, a picture says a thousand words but a portrait tells an entire story. The artist said the work has depicted the pain and emotions that she has suppressed inside herself. She added that continuous questions and moral judgments have found an existence in her work.

With a video performance, Natasha Jozi presented performances that create sensorial experiences, through which people are given the independence to classify things around them. Jozi was of the view that by evoking emotions through heightened gestures, conversations, lights and sounds, the reality of life can be expressed. Her work highlights how the perception of the body translates across culture and language, and how humans have an ability to connect and impact each other’s lives.

The show continues till October 28. 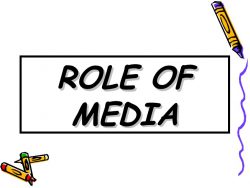 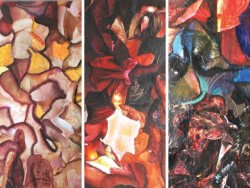 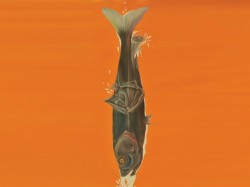