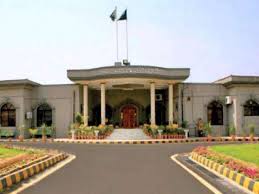 ISLAMABAD – The Islamabad High Court Tuesday directed that every television channel will be bound to telecast five times Azan, saying no one would be allowed to ridicule the Islamic teachings.

A single bench of IHC comprising Justice Shaukat Aziz Siddiqui issued these directions while hearing a petition against the violation of the code of conduct for morning shows and Ramazan transmission by some TV channels.

During the hearing, Justice Siddiqui remarked that no one would be permitted to telecast ‘Circus’ and ‘Neelaam Ghar’ during Ramazan.

The IHC bench asked the Pakistan Electronic Media Regulatory Authority (PEMRA) that out of 117 TV channels, how many broadcast Azan. The court directed the PEMRA to submit a detailed report in this regard.

A Director General Operations of PEMRA appeared before the court and submitted guidelines for the Ramazan transmission and said that they are issuing these guidelines to all channels.

Justice Siddiqui remarked that for Muslims, Azan is the biggest breaking news while no channel broadcasts Azan. At the time of Azan, he said the TV channels keep playing music, dance and advertisements.

So much so that even the PTV has stopped broadcasting Azan, he added. He added that if this has to happen, remove word “Islamic” from the name of Pakistan. State is responsible for the protection of Islamic values and culture, he remarked.

Then, the court asked where the legal counsel for the Pakistan Broadcasters Association (PBA) is? It was informed to the court that the PBA counsel is on leave. At this, the court remarked that tell PBA counsel that no excuse will work in this Ramazan.

In the petition of Waqas Malik, he prayed to the court to direct the respondents to keep a check on TV channels and bar them from airing obscene clips, immoral TV ads and airing foreign contents.

Later, the court adjourned the hearing till today.