LAHORE – Environmentalists have shown concern over issuance of an ordinance empowering the Punjab government to use reserved forest lands for purposes other than afforestation.

Through an amendment in Forest Act 1927 which has been made by an Ordinance, the provincial government has been authorised to declare reserved forest lands for ‘national projects of strategic importance.’

The agency or the institution requiring forest land will have to satisfy that there is no other option but to use the proposed forest land for purposes of a national project of strategic importance.

Ali Habib who has worked for WWF in the past said that government had a commitment with United Nations to increase the area under forestation, but it was not adhering to it. “The land reserved for forests should not be used for other purposes in any case,” he said, adding that government could spare the forest land by acquiring other land.

Director Environment Protection Agency Nasim Shah admitted that deforestation will definitely have negative impact on environment. He further stated that government was bound under a Supreme Court decision to plant 10 trees at some other place against one uprooted tree if it was unavoidable.

A senior official at forest inspectorate complained that provinces were not adhering to the provisions of Forest Act 1927 in letter and spirit unlike India where it was a federal subject taken care of by competent federal officers. He added that no competent officer was willing to work in Forest Department here.
The official said that Motorway passed through the land reserved for forest but the government did not plant trees at other lands to make up for the forest loss.

An officer at provincial Wildlife and Fisheries Department noted that while there had been considerable decline in forest area over the years, the government was bent upon allotting forest lands for other purposes.

It is relevant to mention here that government had already given 0.2m acres of forest lands to different provincial as well as federal organisations before 2010. Later, the provincial government had banned allotment of forest lands to any institution through an act of the assembly.
Moreover, around 100,000 acre forest land in the southern Punjab is being proposed to be handed over to feudal on public-private partnership (PPP) basis. Punjab Forest Company, the source said, was established to serve this purpose.

Sources further said that the provincial government had earmarked only less than one billion rupees for the development of forests in the province. As little as 4 percent forests are a serious threat to environment in the area, they said, adding that Forest Department badly failed to reach the tree plantation target in 2015 that was set at nine million trees.

The trees planted during last five years could not grow properly owning to lack of commitment and attention. If this practice continues, the sources alarmed, it will affect environment by inhibiting water recycling. Soil degradation, flooding and extinction of animal species could be other side effects, he held.
Official sources informed that Punjab chief minister’s special initiatives for mass afforestation in Punjab were in limbo. They included satellite-based GIS mapping of major forests of Punjab, afforestation of forest lands retrieved from encroachers in Multan, legislation for industrial plantation under public-private partnership and declaring forest land as nontransferable.

Moreover, afforestation along important highways in Punjab, rehabilitation of vegetative cover in Maragallas under the administrative control of Punjab Forest Department and afforestation in riparian forests of central zone were major initiatives. The government focus remained on other projects and forests were badly ignored. He also told that many inquiries were pending in the forest as well as irrigation department on cutting of trees. 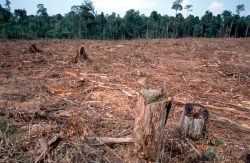 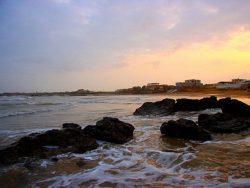