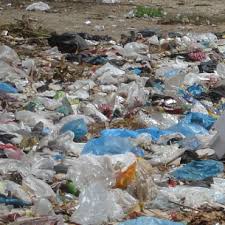 PESHAWAR: While Chief Minister Pervez Khattak has announced to ban plastic bags within two months, the factories producing polythene bags oppose the decision and the government authorities seem to be determined to implement the decision.

Arab Gul, an artisan working at a polythene bags’ factory in the provincial capital, told this correspondent that many people would be rendered unemployed if the plastic bags were banned. “Our clients include shopkeepers in various markets. One kilogram plastic bags of normal quality sell for 150 while the high quality bags are worth Rs270 per kilogram,” he added.

He maintained that diesel and petrol were used in the manufacturing of the plastic bags, adding, it was not okay to say that plastic bags were unhygienic. “I have been working in the factory for the last more than 10 years. I have not suffered any disease,” he added.

Javed, who runs a grocery shop in Kohati locality, said: “We are confused as to how we will manage our clientele. If a customer needs several things from our shop, the polythene bags are an easy thing to use. If it is banned, what will be its substitute?” he questioned.

Another trader, Jehanzeb, told The News that the announcement of ban on plastic bags was cosmetic. “It is not possible to ban the polythene bags. The authorities just want to collect money in the shape of fines on traders for use of plastic bags,” he added.

A student of the Peshawar University, Imran Khan, said that ban on plastic bag was need of the hour. “All the drains in the city are choked due to plastic bags. The government should ban their use,” he added.

Deputy Director of the Environmental Protection Agency Liaqat Ali told The News that they were planning to introduce biodegradable bags, which would break down after sometime.

“The plastic bags now being used have a large life cycle; that is why they cause sanitation problems by blocking drains. However, the biodegradable bags break down after being exposed to various environments but the problem is that degradable bags cost more,” he added.

When contacted, an official from the deputy commissioner’s office, Feroz Shah, said that they needed passage of a resolution from the provincial assembly to ban the polythene bags. “Initially, we may implement section-144 to ban plastic bags after a notification is issued by the government,” he added.