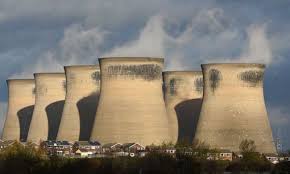 QUETTA: Partially endorsing the stance of a former speaker of the Balochistan Assembly on proposed coal-based power plants in Gadani area, the ministry of climate change has asked the Balochistan High Court (BHC) that effective safeguards should be ensured for protection of environment.

In a petition filed before the BHC, former speaker Aslam Bhootani had said that the plants, once put into operation, would badly affect the environment and endanger human and marine life.

He said that transportation of coal from the jetty to the plants would lead to degradation of environment already hit by rapid industrialisation of Hub town.

The federal ministry of climate change, senior member of the Board of Revenue, Balochistan, environment secretary, and chief executive of Hubco power company were cited as respondents in the petition.

Mr Bhootani said that coal-based power plants were fast becoming obsolete throughout the world and use of coal for generating electricity by the United States, China, Canada, France, Germany and other developed countries was being reduced.

The ministry in its reply said that “there is a need of a detailed environmental impact assessment report”.

It said the court might ask the proponent of the development project to fulfil all mandatory requirements under the Provincial Environmental Protection Act before seeking approval for those plants.

“This may include safeguards, sensitivity mapping, risk assessment by a third party and a robust environmental monitoring plan, pre-shipment inspection of coal with acceptable specifications, post-shipment inspection of all the coal duly carried out by (the Pakistan Nuclear Regulatory Authority) PNRA/third party, certifying the permissible radioactivity levels in the shipment and heavy metals,” the court was told.