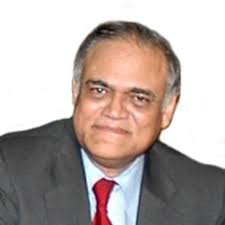 Former Federal Information Minister, Javed Jabbar has said, “The provinces should strengthen their institutions and provide resources to protect the environment in the light of the powers they gained after the 18th Constitutional Amendment. Nobody is stopping the provinces from doing so.”

Speaking at the Annual Environment Conference-2019 organised jointly by National Forum for Environment and Health (NFEH) and Environment Management Consultant, he emphasised that provincial governments before wasting any more time should assume their responsibilities pertaining to the protection of environment in the light of 18th Constitutional Amendment as there is no obstruction in the way of the provinces to do their part to contain the phenomenon of climate change.

The former federal minister said that provinces should enact more effective laws for serving the cause of the environmental protection in best of the manner. Jabbar said that population welfare was another aspect whose responsibility should be assumed by the provinces in the light of their increased role in governance.

He said that population growth rate had a direction relation with the situation of environmental degradation in terms of availability of resources, which are vital for human life. “It would be grave oversight on the part of the authorities concerned, if they ignored the impact of population on the environment,” he said.

He said that only 35 percent of the married couples in Pakistan use contraceptives, which is way too less practice of population control methods as compared to much higher prevalence of contraceptives in the nearby countries of Iran, Turkey, and Bangladesh all having Muslim majority population.

“One should keep in mind that Pakistan was one of the earliest countries in the Asian region, which adopted a population control policy in the decade of 1960s,” he said.

Department of Architecture and Planning, NED University of Engineering & Technology, Professor Dr Noman Ahmed mentioned a recent statement of Commissioner Karachi according to whom there are 1578 designated public parks in the city and nearly half of them are encroached.

He said that clearing these parks of encroachments was not an easy task as human settlements were involved in many of such instances whose eviction would cause a major social uproar.

He said that if in case all the proposed seven lines of the Bus Rapid Transit Service were built and made operational in Karachi then they would only cater to eight percent passenger traffic that had to rely on commuter services daily in the city.

He said that a fresh city-wide plan should be adopted at the earliest so to tackle the ever exacerbating civic issues of Karachi in view of its depleting resources.

Dr Mirza Ikhtiar Baig said that fuel mix being used in the country to generate electricity is proving to be too costly for the national economy and also causing damage to the environment due to heavy reliance on conventional resources of energy.

He lamented that work on the K-IV bulk water project for Karachi had been stopped for last eight months as the design and cost of the scheme was being re-evaluated and in such a situation people of the city had to gravely suffer due to the shortage of the water resource.

Advocate Shahab Usto emphasised that Supreme Court mandated commission on water and sanitation issues in Sindh should continue its work as projects initiated by it would go a long way in serving the cause of environmental conservation.

He said that the Water and Sanitation Commission had identified 750 points all over the province where sewage was being mixed with fresh water resource and 190 of them already been addressed.

He said that owing to the efforts of the Water Commission, industries of the province had given written undertakings to install pre-treatment effluent plants at their sites individually as earlier the Sindh Environmental Protection Agency had completely failed to discharge such responsibilities.

NFEH President Naeem Qureshi urged the provincial governments to empower their respective environmental protection agencies so that a cohesive nation-wide action could be initiated to tackle the damaging phenomenon of climate change.

Sindh Chief Secretary Mumtaz Ali Shah said that provincial governments of Pakistan were very much onboard in the efforts being done nationally and all over the world to address the issue of climate change.

He said that one instance of such efforts was that no development project sponsored by any of the provincial government could be launched without conducting its prior Environmental Impact Assessment Study.

He said that Sindh government would allocate maximum resources and do best of its efforts to ensure best environmental practices in all development projects being undertaken in the province.