Ensuring the currency of a rapist’s life

We are living in a time of leveraged credit and distressed debt. Financially weak institutions own a large proportion of our riskiest assets. A volatile market has erased the savings of millions. Stabilising both market and employment sectors was a crucial election platform for both candidates in this past presidential election in the United States. It was in this environment that Bernie Madoff carried about the largest financial fraud in US history.

Madoff is being held at a super-max federal prison. The prison lights are never turned off, while the inmate’s movements are continuously videotaped — 24 hours a day, seven days a week. Madoff shares his 64-square foot cell with one other inmate. Cell windows have been painted over while meals are slipped through a metal slit in the door. Madoff himself gets only an hour a day outside. He is serving a sentence of 150 years in prison with no chance of parole.

Over the years, Madoff and others like him have been arrested and sentenced to lengthy prison terms. Their stories serve as reminders that financial duplicity will no longer be tolerated. Movements such as Occupy Wall Street brought to the forefront the belief that bringing change to our collective priorities is attainable. It is no longer okay, at least on paper, for financiers to control the world — disproportionately benefiting the wealthy at the expense of the remaining 99 per cent. Incarcerating Madoff, monitoring him and keeping him alive was a priority of the state. By ensuring Madoff lived and did not commit suicide, the state prioritised the importance of his trial and sentencing — showing American intent that no one is above financial fraud.

This week, Ram Singh, from the Delhi gang-rape case, committed suicide. He was one of the individuals accused in a high profile rape and murder case that took place last December in India. A young woman was beaten and gang-raped aboard a bus by five adult males including Singh, the bus driver. The men proceeded to pin her down, strip her and beat her with an iron rod, repeatedly violating her with the rod and causing considerable internal injuries that eventually killed her. In the wake of this girl’s death, a commission issued a 630-page report. The report blamed the police, the courts, successive governments and societal attitudes for allowing such sexual violence to prevail in India. A woman is raped every 15 minutes in India, so many in India have welcomed this 630-page report and its many recommendations.

But the reality is that the state was blindsided by the force of the public’s reaction to this rape. In its raw emotion, the state was forced to produce a report. And in its haste, a critical question was never asked, “Why is sexual violence so prevalent in India?” Ranjana Kumari, a prominent women’s rights activist, is doubtful regarding the political will to implement any true reform. She said, “the key ministries and the police sent low-level clerks to the commission’s hearings (when drafting the report). What signal does that send? The government may act on the easiest recommendations but nothing more.”

Singh should be alive, his story told, immortalised as a rapist’s testimony. The state should have done everything to keep him alive so he could stand trial. The fact that Singh committed suicide, underlines that India, like many other countries, is not serious about protecting its women. Frederick Douglas, the great social reformer and feminist, once said, “Where justice is denied, where poverty is enforced, where ignorance prevails, and where any one class is made to feel that society is an organised conspiracy to oppress, rob and degrade them, neither persons nor property will be safe.” 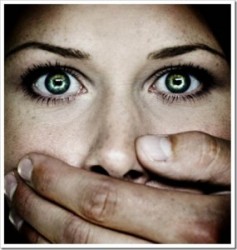