Chen, who is on a four-day trip to Pakistan, visited Afghan refugee camps in Mianwali district and also met Aqeela Asifi, an Afghan refugee teacher and recipient of the 2015 UNHCR Nansen Refugee Award.

At a press briefing in Islamabad on Friday, the GWA lauded Pakistan for providing education and health care facilities to refugees with several schools for girls, and for continued support to the UN Refugee Agency.

“Women and girls constitute more than 50 per cent of the world’s population. Therefore, for the formation of a progressive society, it is imperative to eliminate gender disparity in education and ensure equal access to all levels of education and vocational trainings for women, persons with disabilities and children in vulnerable situations”, she said.

“She has changed the fate of many refugees. I’d say she has become my idol; I have learnt a lot from her”, she said of Asifi.

Stressing the need to educate refugees, she said, “Education is an investment that helps refugees rebuild their lives and even go back to the country they belong to and work there. Knowledge is more powerful than the weapon”, she added.

“During her days here, the goodwill ambassador spent a lot of time with refugees and host communities. On anniversary of the tragic APS attack, she was in Mianwali with students and expressed immense solidarity with them commemorating the tragic loss”, said UNHCR Representative Indrika Ratwatte.

He said it was extremely crucial to invest in Afghan refugee children to give them necessary skills because they were the future human capital of Afghanistan.

Chief Commissioner for Afghan Refugees Dr Imran Zaib appreciated the GWA’s visit and hoped it would highlight the Afghan refugee crisis in Pakistan at a time when refugee crisis was spreading all over the world.

“Her focus has been on education and youth empowerment. More than 67 per cent of the Afghan refugees in Pakistan are under the age of 25. It is important to channelise their energies in a positive manner so they can rebuild Afghanistan when they go back”, he said. 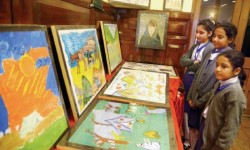 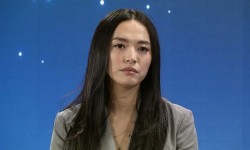