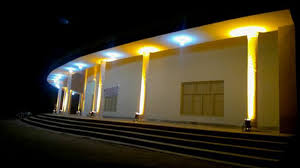 LARKANA: Electioneering for annual elections of Arts Council of Pakistan, Larkana for 2021-22 has reached crescendo with contesting groups making use of all means to reach out to and convince in their favor maximum number of members.

Two panels, Shah Latif Peoples Cultural Panel, with tilt toward Pakistan Peoples Party as the name suggests, and newcomers Shah Bhitai panel are in the race, according to Ameer Afzal Avesi, additional commissioner-II, who will act as election commissioner in the polls.

Badar Khan Soomro, a nominee of Shah Bhitai panel for the office of president, said that win or defeat did not matter as “we all want to contribute towards progress of art”.

The polls will be held today from 9am to 5pm

The pro-PPP panel had fielded Jawed Shaikh, an engineer by profession, for the slot of president. He had been secretary of the council in 2015-16 while Abdul Sattar Khuhawar was contesting for the seat of secretary.

Khuhawar, who was among founders of the council, had remained vice president in 2013-14. Abdul Nabi Sariyo, a lawyer, and outgoing secretary of the council is once again contesting for the same seat from Shah Bhitai panel. Previously, he had enjoyed support of the PPP cultural wing but this time, he had switched sides and filed papers against the pro-PPP panel.

Ayoub Gaad, famous artist with long association with art and film who has remained chairman of fine art section of the council, always complained about negligence of the art gallery he had set up. He is also in the race for the same slot and faces Habib Burdi as his rival.

Shah Bhitai panel enjoys support of outgoing president Aziz Sangi, whose big portraits have been prominently hung around the Arts Council by this group.

“We are facing difficulty reaching out to members from Garhi Khero, Jacobabad, Thull and Kashmore who are around 60 in number,” said Sattar Khuhawar.

He claims support of all members from Larkana district which are higher in number. Both the groups have stepped up their efforts but a fair number of voters interviewed by Dawn were of the opinion that neither group could sweep the polls as contestants from both sides wielded almost matching influence.

One of the peculiarities of this election is Shams Solangi’s contesting as independent candidate for the seat of chairman of drama section.

Despite the fact that PPP had thrown its weight behind Shah Latif Peoples Cultural Panel, voters’ mood can be different than the party’s assessment. There is very likelihood of emergence of joint representation from elections, said Khuhawar.

The Arts Council was founded during PPP rule in 2008 after construction of an open-air theatre, which was a brainchild of Khursheed Ahmed Junejo, the then zila nazim of Larkana.

The objective behind the construction of the arena was to promote literary and cultural activities in the area but with passage of time lateral entries into the council swelled the number of members to 1,080. The number of eligible voters was 880 but an additional list of members was added at the eleventh hour, said Prof Jam Jamali, caretaker president of the council.