Election results can’t be manipulated or hacked via Facebook: experts 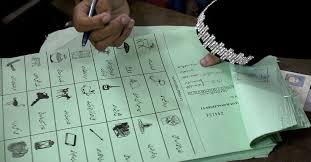 Facebook, the social networking website has the capability to influence the results of forthcoming general elections in Pakistan through political advertisements and fake accounts, but it cannot manipulate or hack the results. This was the consensus among telecom experts and political parties’ representatives while talking to Business Recorder here on Saturday.

Co-founder and Chief Executive Facebook Mark Zuckerberg has admitted before the US Congress that fake accounts can interfere in the upcoming elections in several countries including Pakistan and can spread false information. Other countries mentioned by Zuckerberg are US, Mexico, Brazil and India where the social media giant can affect the election process. He further stated that his top priority for 2018 is making sure that this does not happen and support positive discourse and prevent interference in these elections.

Soon after Zuckerberg’s announcement social media was flooded with different kinds of rumors, contributing to uncertainty in Pakistan’s general elections.

Talking to Business Recorder a former chairman of Pakistan Telecommunication Authority (PTA) said that there is no chance of hacking or manipulating elections in Pakistan through Facebook as physical presence is required to cast one’s vote.

Online system or internet is not in use in Pakistan’s elections hence hacking is out of the question. However, he added “forthcoming elections in Pakistan can be influenced through fake accounts and advertisements, as currently there is no check on it. Currently there are around 40 million Facebook users in Pakistan and a well-thought-out strategy may influence the election results, he added.

A new policy for Facebook users is on the cards which would require any message for a candidate or on a public issue to include the head “political ad” with the name of the person or entity paying for it. However, Zuckerberg has stated that the policy would start in the US and include the rest of the world in the coming months, but there is no mention of when this policy would be implemented in Pakistan.

Almost all major political parties in the country are using social media, but some parties like Pakistan Tehreek-e-Insaf (PTI), Pakistan Muslim League (PML-N) and Jamat-e-Islami (JI) are using it more regularly and effectively for their leaders and parties’ projection.

Talking to Business Recorder Iftikhar Durrani media head of PTI said that the party has always used social media and especially Facebook, as an alternative for advertisements in the media and as an effective tool for campaigning. The party will use it more vigorously in the coming days to motivate its workers and for canvassing, he added.

Durrani said that Facebook and other social media tools would not be that effective in Pakistan with 54 percent literacy rate as in developed countries with higher literacy rates. With respect to CEO Facebook’s statement on the new policy for paid advertisements in the coming months, Durrani said that his statement was vague and PTI would adopt and revise its policy with new developments.

Member National Assembly of PML-N Mian Javid Latif said that social media in general and Facebook in particular will be an effective tool for campaigning in the upcoming general elections. He said that the party is carefully observing developments and would expedite its campaign for party projection through social media in the coming days. However, social media can not manipulate election results, he added.