Effective use of media can create awareness about breast cancer 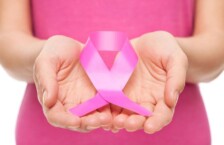 Islamabad: The effective use of media alone can create awareness of breast cancer and remove the people’s apprehensions and misconceptions about it, said First Lady Begum Samina Alvi on Wednesday.

“Television, radio and social media could play a vital role in creating awareness about the disease and its cure through dissemination of public-service messages,” she told a walk organised by the PAF Hospital to create breast cancer awareness here at the Pakistan Air Force (PAF) Complex.

The first lady complained about deaths by breast cancer due to lack of awareness and called for enhanced awareness and effective measures to check the disease.

She congratulated the PAF Hospital Islamabad for the successful holding of walk and the measures being taken by the hospital to check the disease, besides creating awareness about the breast cancer. Earlier, President of Pakistan Air Force Women Association (PAFWA) Begum Tazeen Mujahid, in her welcome remarks, highlighted the objectives of the walk.

Dr Samina Rizwan said the timely diagnosis of the breast cancer could help the women in getting rid of the curable disease. Later a woman, who successfully recovered from the breast cancer, apprised the participants of her experiences.

A large number of young girls, women, doctors, hospital staff, teachers and students participated in the walk, which was aimed at highlighting the importance of creating awareness about the breast cancer, early diagnosis and timely treatment. The participants carried posters and placards inscribed with the advices to the patients of breast cancer to fight the curable disease with courage.