‘Education must be provided to children of Sindh’ 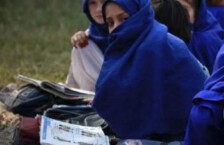 KARACHI: As illustrated by Article 25-A of the Constitution of Pakistan, every child has the right to education.

‘A Provincial Dialogue on the Implementation of Article 25-A’ was organised by the Strengthening Participatory Organisation (SPO), Pakistan Fisherfolk Forum (PFF) and Pakistan Institute of Labour Education and Research (Piler) to discuss the importance of education for the youth of Pakistan.

The chief guest at the event, education secretary Fazlullah Pechuho, and key stakeholders aimed to devise a sustainable framework in order to advocate for an educational policy for rural and urban slum areas of Sindh.

SPO’s chief project manager Qurat Mirza, who was also the host, said that their venture with Unicef has engaged a total of 25,000 children in the province and the reason for this dialogue was to ensure education for every child in the province, although Article 25-A ensures this right.

“For a long time, I have been demanding upgrades in schools, from primary to secondary but sadly I have seen zero attention towards my call,” lamented the dialogue’s chair, MPA Mehtab Akbar Rashidi.

For her, betterment in the education sector depends on whether or not legislators send their children to government schools. Rashidi asked the youth to rise against injustice and replace older politicians to gain their mandates.

Shehla R Din, an education specialist from Unicef, shared her experience regarding non-formal education and expressed her appreciation for the organisations working hard to ensure education for under-privileged areas, which has resulted in better quality of books and teachers.

“It’s all about how we work together and sustain what we have achieved up till now and how we upscale it,” she added.

PFF general secretary Saeed Baloch observed that it is not only villages but sadly some areas of urban cities, such as Karachi’s coastal belt, are equally deprived of basic education.

“The government should ensure every child gets education, at least until class 10. I request that we replace one-room schools with buildings, so that children can learn with proper concentration,” he suggested.

Keynote speaker Asghar Soomro, an educationist and contributor in different newspapers, explained that laws are present in our country but there is no framework to ensure that the law is being implemented or not. He added that a census is also necessary to solve the province’s crises.

Karamat Ali, executive director of Piler, gave the discussion hope by saying that there are a bunch of problems but we must focus on a solution. “A census is very much necessary now [but let’s] bring out land reforms and mobilise the resources; let’s spend on the basic rights of the people rather than on other things that have no concern with the common man,” said Ali.

Pechuho discussed his performance in terms of provision of education to the children of Sindh. “Unfortunately, even in this era of information technology, 99 per cent children of northern Sindh do not have Children Registration Certificates , while around 50 per cent of Sindh’s children are not going to school,” he lamented. He declared that as a nation, we are far behind on implementing Article 25-A.

“I believe a lack of education is the invisible enemy of our nation so we have to join hands to make it common to every citizen,” Pechuho concluded. 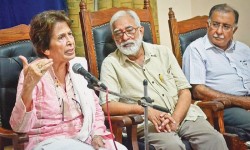 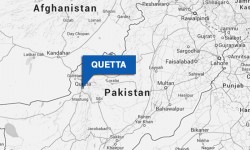 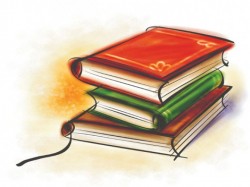