Editor’s Note: If you’re not paying for journalism, you’re paying to not have journalism | Pakistan Press Foundation (PPF)

Editor’s Note: If you’re not paying for journalism, you’re paying to not have journalism 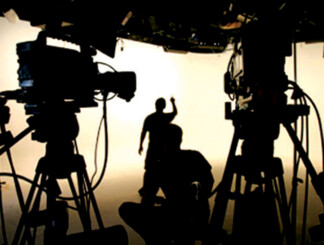 This leads to an important question: if, in such a brief period of time, Profit has managed to get on top of the business journalism segment, why didn’t the rest of the news media houses, with decades upon decades of experience in journalism, even try to get in on the game? Granted, they all do have a business section. But it seems to be there mostly to report macroeconomic developments.

The reason is that reporting on business can be far more risky than reporting on (most parts of) the government. The print edition that the reader goes through is largely – and the online edition entirely –  paid for by the advertisers. And who is the advertiser? The very entities that business journalists are supposed to report on. That makes matters extremely tricky.

Profit – in its mission statement – did not want to fall into the mediocrity of compliance that other business journalism outfits are waist-deep in. That mission statement of making businesses accountable wasn’t just hollow words. Since our launch, we have demonstrated our willingness to take on big advertisers if a story demanded it. There’s Engro, Packages group, Abu Dhabi Group, Standard Chartered Bank, Habib Metro Bank, Habib Bank, Bahria Town, Akzo Nobel, Nestle, Careem, the entire insurance industry, the list is long….

The communications departments of corporates were non-plussed in the beginning at this hitherto unknown standard of reporting. Some adapted well to the new reality and kept making advertising decisions based on merit, regardless of how they were covered. Others were more vindictive.

The need for the media to cover private businesses in the first place is lost out on many.

But the second and third reasons don’t make sense, you say? Well, why not? For publicly listed companies, the shareholders need to have someone looking out for them.

Furthermore, even in the case of private companies, it should be kept in mind that these businesses are thriving organisms. Surely their creditors and more so their employees need to know that the organisation isn’t being steered to oblivion by reckless mismanagement.

Profit also seeks to serve the business community by framing the national debate on the economy from a perspective that does not place a negative value on the profit motive itself. Terms like munafa-khori are used in the vernacular press as synonymous to racketeering. It’s not.

Navigating the already sketchy monetisation models that the news media is facing in the age of the internet became far tougher for Profit than for other news outfits. But the third of the triple whammy is the Corona crisis, which has made matters worse.

But there is also a fourth problem: our urge to give the readers more content rather than less. To scale up our coverage, rather than, well, be sensible about it. To – in what is ironic for Pakistan’s leading business reporter – make bad business decisions.

To that end, one thing is clear: ad revenue alone cannot, and in case of business journalism, should not cut it. The readers keep telling us how much they value our reportage; it’s time for them to put a price on it. From today, we are going to put some of our best content behind a paywall. It will cost as little as Rs 300 per month to get access. Cherry on top, subscribers will get complimentary full digital access to the Wall Street Journal, otherwise sold at USD 28.99 per month, including the Apps and ePaper.

Stephan Pastis, creator of the syndicated comic strip “Pearls Before Swine,” nailed this with his sketch of a conversation between Goat and Pig. Pig thinks he has spotted a case of financial corruption. Goat replies such corrupt behavior would surely have been exposed by the media. Enters a former journalist, recently laid off.

“If you’re not paying for journalism, you’re paying to not have journalism.”