ISLAMABAD: In the mid-90s, when the International Union for Conservation of Nature (IUCN) Pakistan was conducting projects related to environmental rehabilitation and natural resource management in Kohistan and parts of Balochistan, the organisation faced opposition from local communities.

“The society in those areas was very religious and sceptical of our work, so we tried to engage the mosques and local clerics to help promote the messages of environmental protection,” Mahmood Akhtar Cheema, the country director of IUCN Pakistan, said. “It was an extremely successful approach.”

People listened to the religious leaders and followed the messages. IUCN later published a booklet on using the Friday prayer sermons to broadcast environmental messages and a book, “Conservation and Islam,” about using resources judiciously in the light of Islamic teachings, based on the two projects.

In so doing, IUCN inadvertently touched upon what is now being termed the international “Islamic ecotheology movement.”

Monika Zbidi, a research fellow at the University of Erlangen-Nuremburg, suggested that since the 1960s, Muslim academics and scholars have been examining concepts related to environmental protection in the light of Islam, thereby developing an Islamic ecological theology.

In an article titled “The Call to Eco-Jihad: The Islamic Environmental Movement,” which was recently published in the Goethe-Institut’s cultural magazine Art & Thought, Zbidi wrote that this Islamic ecological discourse is growing and the fact that their religion promotes environment-friendly behaviour has seemingly inspired many Muslims.

The Muslim doctrine of oneness of Allah, creation, stewardship, responsibility, servitude and balance all directly or indirectly preach care for Nature and protection of environment, Zbidi wrote. There are ahadith on the importance of planting trees and protecting biodiversity, often tied with benefits in the afterlife.

In a country plagued with environmental degradation and pollution, can Islamic teachings about nature pave the way for raising awareness about environment protection and sustainable living? The experts, both of Islamic theology and of the environment, think it might.

“Overall, all religions focus on conservation and sustainable development and Islam especially puts emphasis on protecting the environment,” Cheema said.

Maulana Tahir Ashrafi, a member of the Council of Islamic Ideology, thinks the message is simple and oft-repeated in Islamic teachings.

Almost every Pakistani is familiar with the saying of Prophet Muhammad (PBUH): “sifai nisf imaan hai” or “Cleanliness makes one half of faith.”

Cheema thinks there are practical benefits if Pakistanis, irrespective of their religion, follow this principle. “Cleanliness not only maintains the balance of the ecosystem but it could also help us save the costs of dengue and malaria prevention.”

Ashrafi said Islam preaches moderation in eating during iftar and sehri in Ramazan which is a way to conserve resources essentially, but Pakistani Muslims forget this message and indulge in overeating and wasting food. He said clerics can play a role in reiterating the basics and helping the environment in the overall context.

Zbidi gives examples of the young eco-Islam movement from around the world, in her article.

The ‘Green Khutba Campaign,’ in which around 75 mosque imams in North America dedicated their Friday sermon on Earth Day 2012 to raising awareness about environmental challenges, is reminiscent of IUCN’s strategy.

Similarly, brochures such as “The Green Guide to Hajj” and “Muslim Green Guide to Reducing Climate Change” by different UK-based Islamic foundations provide Muslims tips on conservation and waste reduction during special rituals such as the pilgrimage and otherwise.

Events such as the pilgrimage and Ramazan, Zbidi wrote, could be ideal for promoting sustainable living methods.

“While an exclusively religious approach cannot solve the problems of climate change, it can contribute to a change in attitudes,” she said.

LEAD Pakistan to chalk out climate change policy for KP 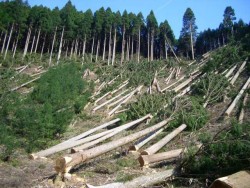 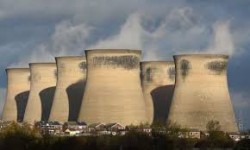