‘Dumbing down of broadcasting has become an industry’ 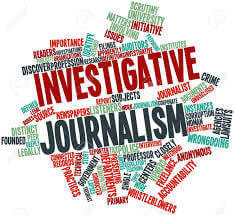 Dumbing down of broadcasting has become an industry, and this trend started in 1935, when a film used it as a slang, and since then it is thriving, said Dr Huma Baqai on Sunday.

Dr Huma, associate dean of the IBA’s business administration faculty, was one of the panellists at the 10th Karachi Literature Festival’s (KLF) session titled ‘Is Today’s Media Informing Society or Dumbing it Down?’ at the Beach Luxury Hotel.

Dr Huma explained the phenomenon of dumbing down through her experience with producers of talk shows who would ask her not to speak intellectually or take too long to express her views during the programme.

“It’s like they neither want the speaker to talk intelligently nor the people to understand or question,” she said, adding that the ratings race has reached the point where countries have been using the media to attack other countries. She also cited the example of Pakistani model Qandeel Baloch, who was murdered by her brother, saying that the media gave her so much hype that she lost her life.

She also cited the example of Pakistani model Qandeel Baloch, who was murdered by her brother, saying that the media gave her so much hype that she lost her life. Dr Huma said that those who talk against the popular narrative are either marginalised or never invited in the TV programmes to express their views.

“[They] want tried and tested people. They wouldn’t go find people who have command on the topic or make better sense while sharing their views.” She claimed that in Pakistan popular journalism sells more than investigative journalism, but Ghazi Salahuddin argued that investigative journalism is still popular among readers and viewers, saying that it is an expression of telling the truth.

“All over the world the media or journalism [industry] is in an unchartered territory. The mediums are shifting and things are taking new faces. So should the principles,” he said referring to the digital trend that is taking over the TV and newspaper mediums.

But print still has its significance, he said, citing the example of the US newspaper The New York Times, which, according to him, has gained more readers and increased its circulation because of its work during the Donald Trump presidency. “Research shows that newspaper editorials frame the thinking of the people,” he said.

“The case is the same in Pakistan, but here readers are few. Moreover, unlike [General] Zia’s censorship, where we knew the rules of the game, the current situation is like no-holds-barred, and anything can happen if you go against the popular narrative.”

The Express Tribune: Yes, the media is dumbing society. Yes, journalists are largely to blame