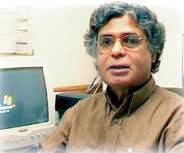 Gwadar, on Thursday, became the unlikely launching pad for some glad tidings for the nation. At one level, we had a visual message. There they were, Prime Minister Nawaz Sharif and the Chief of the Army Staff Raheel Sharif sitting, metaphorically, on the same table. And this civil-military camaraderie, coming in the wake of some palpable sense of tension between the two arms of state power, was underlined by the prime minister himself.

But the real significance of the occasion was located in the plans that have been drawn for Gwadar’s future. We have had similar, though less ambitious, ceremonies in the logistically forlorn port of a perennially troubled province. This time, however, the impression given is that the government really means business.

And what is supposed to be in the offing? Nawaz Sharif told the media that construction of, yes, a state-of-the-art airport will be implemented along with the development of the port. So, what is then the future of Gwadar? The prime minister said that it would be developed on the lines of Dubai, Singapore and Hong Kong.

Essentially, there is nothing wrong in dreaming big dreams. This would ideally be the mark of a great leader. Besides, Nawaz Sharif has his credentials as a builder. We, in Pakistan, are in desperate need of somewhat intangible dreams of peace and prosperity. At least Singapore certifies the possibility of a magical transformation of a port city.

Still, the stage for Gwadar’s development is to be set not just in the specific region but in the entire country. If Pakistan has to move ahead, it must first develop its human resources and establish rule of law and social harmony. Whatever it is that we want to build, the foundation will have to be good governance and a creative utilisation of our strengths and advantages.

This only means that we cannot even begin to dream if we are not aware of the existing realities. What are these realities? It so happens that also on Thursday, the Human Rights Commission of Pakistan (HRCP) released its annual report on the state of human rights in 2013. An annual HRCP report is globally respected as a credible document and an objective portrait of Pakistan.

Nawaz Sharif, as the chief executive of the country, should be expected to take it seriously and should be open to a frank debate on the contents of the report with social activists who are closer to the reality that exists at the grassroots than the rulers who live in a security bubble. However, in a democratic setting the leader of a political party should have his own access to what is happening on the ground.

Furthermore, the actual state of affairs is so blinding a flash of light that no one should need any reminder of what it is like. What the HRCP report has done, though, is to offer some statistical evidence and provide a basis for any corrective measures. The present rulers should have a particular interest in this report because they were in power for more than half of 2013. Hence, the findings have to be judged in the light of expectations that were raised after the national elections held in May last year.

It is not possible to present, in this space, all the salient features of the report. But I am tempted to highlight a few points that truly reflect the national drift. While launching the report, Secretary-General I A Rehman said that the minorities in Pakistan were facing increasing violence. He also warned that the ongoing talks between the government of Nawaz Sharif and the hard-line militants of Pakistani Taliban could make the minorities even more vulnerable.

Against the backdrop of the crisis that has developed after an attempt to murder Geo’s leading talk show host Hamid Mir in Karachi one week ago, the chapter on freedom of expression should be a point of reference. The HRCP report said that in 2013, 11 journalists were killed and many were injured while performing their duties. Yet, impunity continued for the perpetrators of these attacks.

Looking at the law and order situation, the HRCP report said that over 14,000 murders were reported to the police and 694 people died in 45 suicide bombings. There were 357 police encounters and 503 suspects were killed. During the year, 50 policemen were killed and 99 injured.

In the context of freedom of thought, conscience and religion, the report has recalled that in the first few weeks of the year, sectarian violence claimed the lives of over 200 Hazara Shias in Balochistan. There were more than 200 sectarian attacks in which 687 people were killed. In the deadliest attack ever against Pakistan’s Christian citizens, over 100 people were killed in a Peshawar church. A Muslim mob torched a predominantly Christian neighbourhood in Lahore after a Christian man was accused of blasphemy.

The status of women should be of specific concern for our rulers. In 2013, as many as 869 women were killed in the name of honour. More than 800 women committed suicide. Darkness in the domain of education is well known. The country ranked 180th in terms of literacy rates among 221 countries in the world. Pakistan had almost 5.5 million children out of school, the second highest number in the world after Nigeria.

A survey found 2,088 ghost schools, 1008 schools under illegal occupation and 5,827 non-functional schools in the country. In the health sector, 85 confirmed cases of polio were reported across Pakistan, 60 of them from Fata alone. Pakistan was the only polio-endemic country to report more polio cases in 2013 than 2012. Significantly, 20 polio vaccinators were killed in attacks on vaccination teams and nine policemen protecting them were also killed.

Considering all this, the human rights situation in Pakistan is alarming. Even when we had our national elections in the year, our democracy is still not what it is meant to be. Pakistan was on the 159th spot out of 179 countries in the World Freedom Index. The HRCP report also highlighted internet curbs. YouTube was not revived and other websites were blocked without prior intimation.

A focus on the state of human rights will remain this weekend with the council and the general body meetings of the HRCP in Lahore. We can imagine the depth of disquiet that these deliberations would underline underline. But the silver lining is the dedication of a number of defenders of human rights who continue to strive for social justice and protection of the fundamental rights of the vulnerable communities of Pakistan. Their dream is that the rulers, too, are able to play their role in this struggle.

The writer is a staff member. Email: ghazi_salahuddin@hotmail.com