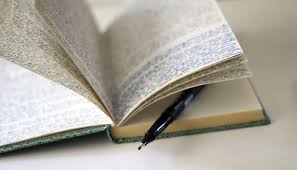 Speakers at a book launch said that Pakistan’s literature and civilisation are deteriorating. They said that although national newspapers have obtained the status of an industry, they cannot continue to follow their missions.

Atco Literary Society President Farhan Raza moderated the ceremony, while poet and journalist Jafar Askari Jafar read out the message of researcher and poet Dr Hilal Naqvi. Dr Kazmi praised the quality of the study that made the researcher able to write such a wonderful book, saying that Dr Abbas had saved the literary endeavours made by various scholars for different languages for the future by conducting such a useful study. Prof Ansari said journalism had lost its mission and fundamental nature. Overall, our media is depicting a picture of crises and decline, he observed. Dr Abbas intelligently covered six decades of literary activities in his book, he praised.

Salahuddin said that our civilisation is in the grip of a decline, which needs to be addressed. “We have turned our faces from literature and fiction, which is one of the many causes of that national decline.”

Khan pointed out that Urdu is passing though a critical time in the country. He said the decline of the national language is due to the presence of low-class faculty with a meagre level of intellect in our institutions. Prof Masood said the Higher Education Commission runs a pitiable business of research and research papers in the country that stimulates the laymen to carry out studies on account of MPhil and PhD degrees. People are pursuing higher learning programmes just to gain government allowances, he claimed. Dr Tanzeem, Prof Shaheen and Dr Mehrunnisa highlighted various literary aspects of the thesis written by Dr Abbas.