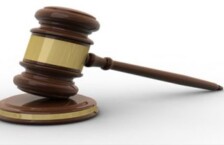 Talking to this correspondent, he said that the media initially, across the world, announces unconfirmed and unofficial results during the elections and the Geo had done the same. He said that the speech of Nawaz Sharif was telecast by not only Geo but on all TV channels.

The nuclear scientist said that Geo Group had broadcast elections news in such a skilled and professional manners that no precedence could be found like it. He said that Imran Khan should not create panic in the country rather he should improve governance in the Khyber Pakhtunkhwa.

On a question he said that Imran’s decision to launch movement and stage sit-in on May 11 did not show he is politically mature. He said that it was beyond the fold of political ethics to hurl accusations directly on Mir Shakil ur Rahman. He said that the Jang Group had introduced latest trends of best journalism.