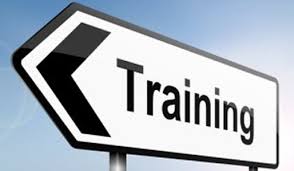 Shahbaz Sharif on this his recent visit to the UK wherein interaction was held with
the British authorities on enhancing cooperation, said it was the most successful visit of his political career, which will go to strengthen ties relations between Pakistan and Britain has improved and further cooperation will enhance in various sectors between both the countries.

He said that during this visit, meetings with British officials for the promotion of skill development and teachers’ training remained useful.

The chief minister said that the policy of transparency and high quality is being observed in Punjab at every level and Punjab government is utilizing every penny by considering it as a trust.

Ms Joanna Reid said that Shahbaz Sharif is working excellently for the development of the province and under his leadership, marvelous work is being carried out in Punjab. She assured that the cooperation of development of social sector with Punjab government will continue in future as well.

Meanwhile, LGC, a British Laboratory of international repute has agreed to put drug laboratories of the Punjab government on international standards of testing.
The UK laboratory will begin the work of rendering international standards to the testing drugs Labs in Lahore, Multan, Faisalabad and Bahawalpur.
A delegation of LGC agreed to this effect in a meeting with Chief Minister Shahbaz Sharif, yesterday.
The chief minster during talks highlighted importance of modern drug testing labs for ensuring provision of quality medicines as well as appointment of highly trained staff to the Punjab labs. He said a state-of-the-art new Forensic Science Lab will also be set up in Lahore.
“These Laboratories will also serve the purpose of testing samples of water and eatables besides medicines to judge their quality according the internationally recognised criterion,” he added.

Shahbaz Sharif on the occasion also directed the officials to immediately set on the business of putting the testing labs on modern lines benefiting the expertise of the LGC. The CM further called for making the labs completely autonomous. He directed to constitute a committee for the recruitment of new staff and its training for drug testing labs.

The LGC delegation agreed to cooperate with Punjab government for organizing drug testing labs on modern lines as per the international standards.