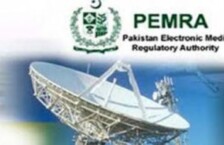 LAHORE: As authorities concerned have not awarded DTH (direct to home) — satellite-based television channel — licence for over the past 12 years million of dollars are going across the border annually without tax deduction through this illegal (DTH) business.

The Pakistan Electronic Media Authority (Pemra) has deferred the award of the much awaited DTH licence early this month as its new chief required ‘more time’ to look into the legal process.

Back in 2003, Pemra had announced the issuance of two DTH licences to companies, including a media group. However, both satellite-based television channels could not be operational for different reasons and now after 12 years Pakistan is still deprived of the superior quality DTH services.

“There has been proliferation of illegal DTH in Pakistan from neighbouring country. In India DTH started in 2004 and since then Indian DTH has grown many fold and illegally penetrated into Pakistan as well,” an industry analyst told Dawn.

“The illegal business has resulted in huge sum of money (between $200million and $300 per annum ) going out of the country illegally as no proportion of money going to the national exchequer as tax and negative impact on the local content producers and content/TV industry,” he said. In India the estimated DTH industry has a business of over Rs100 billion, he added.

He said Apple had a huge customer base in Pakistan as well. “Since these users prefer to have complete ecosystem from Apple, all their MAC, mobiles, iPADs and STB are Apple based the setup is powered by iCloud which enables the user to share and stream content from their computer’s iTunes library to other computers, iOS devices, and Apple TVs. Content offer is an extensive library of movie, song, TV shows etc, which means that the user are directly paying to apple using their credit cards and a huge sum of revenues is going outside the country without benefiting the local industry,” the analyst said.

An official of a leading mobile operator said that the illegal DTH offer its services using the bandwidth pipe of the local operators but no revenues were shared for its internet stream. “Besides, there has been a mushroom growth in the illegal forms of OTT (the term used for the delivery of film and TV content via the Internet, without requiring users to subscribe to a traditional cable or satellite pay-TV service) services in the country,” he added.

In the absence of a quality network to offer TV entertainment in the country and lack of digitalisation drive, the local cable service developed and continues to operate as a cottage industry. These cable operators carry all sorts of legal and illegal channels and use pirated content for their in-house channels.

Industry people have asked Pemra not to further delay the award of the DTH licences for inordinate period as the pricing offered by the local DTH operators will be competitive and result in the growth of subscriber base and a check on the illegal DTH business.

“It is vital for Pakistan to have its own DTH operators. As the DTH services will start in Pakistan there will be legal content in the TV channel distribution market, better censorship meeting Pemra standards and outreach to far flung rural areas,” the analyst said.