Defence ministry has ‘dossier’ against Geo that it never shared

ISLAMABAD: The Defence Ministry’s reference to the Pakistan Electronic Media Regulatory Authority (Pemra), seeking Geo TV’s closure makes an interesting reading as it refers many ‘anti-Pakistan’ activities by the channel that the ministry never chose to share with Pemra or the Information Ministry before.

This raises questions about the bias the defence establishment has been harbouring for long against the channel and is likely to rig the whole investigation process through khaki muscle.A reading of the reference reveals an obsessive culture of secrecy as the letter sent to Pemra and shared with the media carries the stamp ‘secret’ at the top of each page as if a dossier, an approach that can also give an idea about the nature of ‘classified’ reports against Geo TV’s anti-Pakistan activities.

Building up a case against the channel with reference to its coverage of the allegations against DG ISI of perpetrating life attempt on Hamid Mir, the Defence Ministry said this was not the only incident of its nature.

The reporting made and the programmes aired cannot be viewed ‘as a single event,’ reads the reference document. ‘Geo Network has a history of acting illegally in furtherance of the anti-Pakistan agenda. If required, material can be provided to the regulator.

One wonders why the ministry showed ‘criminal negligence’ by not proceeding timely if it was in the possession of proofs about Geo TV’s ‘anti-Pakistan’ activities. Neither the ministry nor ISPR has ever shared any dossier against the channel with Pemra, officials at the regulator said.

The ISI’s bias appears to have started floating on the surface with this belated disclosure of ‘anti-Pakistan’ activities. There is an admission of the fact that the defence establishment was biased against Geo TV long before the latest coverage controversy and the latest episode is being used for settling the score.

In this scenario, how will Geo TV expect fairness of investigation into the charges by an independent commission especially when there is muscle of ISI at work against the channel? The disclosure of possessing proofs of ‘anti-Pakistan’ activities also raises a question that why the Defence Ministry decided to show criminal negligence by not approaching either to ISPR, Pemra or Ministry of Information for holding the channel to account.

Only complaints conveyed in the past by the Defence Ministry to Geo TV management were about Hamid Mir’s coverage of missing persons and the Balochistan crisis, Musharraf trial and Aman Ki Asha. Were they the only complaints or something other than these? If the above-said complaints were the only ‘evidence’ to establish anti-Pakistan activities, may they merit the declaration of ‘anti-Pakistan’ activities?

These complaints don’t seem to be different from that of the latest coverage controversy. Neither the ISI nor ISPR contacted to Geo TV for registering protest or reservations over the flashing of the picture of ISI DG. Once the story was dropped from the news bulletin, ‘patriotic’ pundits started hue and cry as if the heavens had fallen. 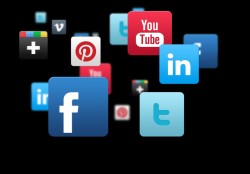