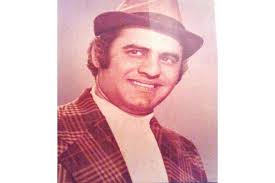 ISLAMABAD: The death anniversary of famous comedian and film actor Munawar Zarif was observed here on Sunday. Munawar Zarif was a versatile actor and comedian best known for his work in the Pakistani cinema of the Seventies. Zarif was regarded as one of the finest comedians of the Subcontinent.

Born on February 2 1940 in Gujranwala, he started his film career from a Punjabi film ‘Dandian’ in 1961 and got breakthrough from film ‘Hath Jori’ in 1964.

After a marvelous film career as a top comedian, he became a film hero first as side-hero in film ‘Pardey Mein Rehney Do’ and then in the title roles and hero in the same year ‘Banarsi Thug’ in 1973 and ‘Jeera Blade’ in 1973. He appeared in more than 300 films in just 16 years from 1961-76. He was also famous for his out of script dialogue delivery. Munawar Zarif died on April 29, 1976, in Lahore.

Pakistan Today: In memory of comedian Munawar Zarif on his 42nd death anniversary