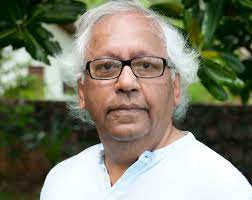 In a tweet, his son Shakir Husain said he was grateful his father “slipped away gently” and that he was able to be with him. “See you on the other side, Abba.”

In a column in Dawn published earlier this year in August, Husain had said that he had been diagnosed with a rare type of cancer nearly three years ago.

“After nearly three years of this barrage, I must confess there are times I wish it would just end quietly without fuss. But then I look outside the window and see the flowers, trees and birds in our garden, and I am happy to be still alive,” he wrote in the column.

According to the publisher Harper Collins, Husain was born in Amritsar, India in 1944. Three years later, his family migrated to Pakistan.

He was educated in Karachi, Paris and Ankara, and joined the civil service in 1967 after obtaining a master’s degree in economics.

“He pursued a parallel and covert career as a freelance journalist for most of his working life, writing under a succession of pseudonyms,” the publisher said, adding that he divided his time between the UK, Pakistan and Sri Lanka since 2002.

He authored a book titled “Fatal Fault lines: Pakistan, Islam and the West” in 2012. At the launch, he described the thought of writing a book as “frightening” since he had been mostly writing columns.

According to Husain, his book was primarily intended for a Western audience and for them to understand how they were viewed by the Muslim world. “At the same time, I tried to explain to Muslim readers why they are viewed so negatively in the West,” he had said.

Meanwhile, condolences poured in from all quarters. Federal Minister for Education and Professional Training Shafqat Mahmood said he was “deeply grieved” to learn about Husain’s demise.

“Knew him since college days in Lahore. Widely read columnist of Dawn and a gentleman of high integrity. Always enjoyed his company and writings,” he said.

“We all just lost a great writer, life-long friend, and a nurturing colleague. Feels like the end of an era. He was the finest of men, right to the core,” she said.

Dawn columnist Nadeem Farooq Paracha described Husain’s death as a “great loss”. “Such a fine man. I had been a fan of his columns for over thirty years. And he was always humble and cheerful whenever I got the chance to meet him,” he said.

Journalist Amber Rahim Shamsi said she had been reading Husain’s column for years so it “almost felt like I knew him”.

Dawn journalist Khurram Hussain said: “So many of us grew up reading Irfan sahab’s columns that his loss hits very close to the heart.”