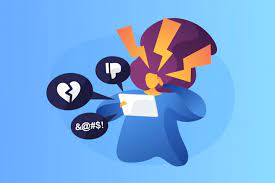 On the other hand, there are people who blindly share this stuff on other platforms and make them viral which ruin life of the victims. As a good citizen, we have to think over it. Before sharing anything we should think its consequences on others. Many happy couples broke up due to these activities. We should now think to what extent we will get it? Will we take action in stopping this? Do we have a moral courage to condemn such activities? We will have to decide.

We have many examples of being victim of Cyber bullying. We have most prominent and latest example of Dr. Amir Liaquat Hussain, what happened to him. People were targeting him continuously. They were enjoying sharing memes on his private life and his leaked videos only to get some likes or growing their social media IDs. No one should have authority to share someone’s private life on social media. Cyber security departments should take action against such people. Everyone has a right of privacy in our country’s Constitution and international laws. No one should interfere in someone’s personal life in such a way that leads others to death. People were continuously trolling him that led him to depression and ultimately to death. So we have to think now, when will we stop this? How much other lives would be a victim of this brutal bullying, Think, and Think over it!!