The federal government on Friday introduced “The Prevention of Electronic Crime Bill, 2015” in the National Assembly aimed at effectively preventing cyber crimes as well as to contribute to the national security of the nation. The government also tabled “The Minimum Wages for Unskilled Workers (Amendment) Bill, 20415” in the House.

“The Prevention of Electronic Crime Bill, 2015” was introduced by Minister of State for Information Technology and Telecommunication Anusha Rehman in the House. The Speaker referred the Bill to concerned standing committee for further deliberations.

According to the objects of the Bill, “the legislation provides new investigative powers hitherto unavailable such as search and seizure of digital forensic evidence using technological means, production orders for electronic evidence, electronic evidence preservation orders, partial disclosure of traffic data, real time collection of data under certain circumstances and other enabling powers which are necessary to effectively investigate cyber crime cases. The very technical nature of the new powers that are necessary to investigate and prosecute these crimes require their exercise to be proportionate with the civil liberty protections afforded to citizens under the Constitution. This can only be achieved through strengthening existing protections and establishing new safeguards especially against abuse of these new and intrusive powers. The Bill also includes specific safeguards to balance against these intrusive and extensive procedural powers to protect the privacy of citizens and avoid abuse of the exercise of the powers.

The introduction of this legislation will effectively prevent cyber crimes and shall also contribute to the national security whilst providing and enabling a secure environment for investment in IT, e-commerce and e-payments systems. This Bill shall also afford protection to citizens, which has hitherto not been completely effective, exposing them to the unmitigated threats posed by cyber criminals both at home and abroad.

Currently, Pakistan has no-law to comprehensively deal with the growing threat of cyber crime. The centuries old criminal justice legal framework is inadequate and ill equipped to address the sophisticated online threats of the 21st Century cyber age. While this new age has exacerbated both existing crimes when conducted with the use of the Internet, which are adequately addressed by the application of the Electronic Transactions Ordinance, 2002 in conjunction with existing criminal justice legislation, it has also given birth to a completely new type of cyber crime and criminals which cannot be effectively dealt with through the use of existing legislation. The latter cannot be addressed simply by amending existing legislation or through a patchwork of enabling provisions. The unique nature of these crimes finds no adequate or analogous provisions in existing legislation that deal with traditional offline crime. Effectively addressing these unique and unprecedented crimes with similarly unique and necessary procedural powers requires a completely new and comprehensive legal framework that focuses on online conduct of individuals/organisations in the virtual world. The legislation, therefore, establishes new offences including illegal access of data (hacking), as well as interference with data and information systems (DOS and DDOS attacks), specialized cyber related electronic forgery and electronic fraud, cyber terrorism (electronic or cyber attack on the critical information infrastructure), unauthorised interception conducted by civilians, use of malicious code viruses, identity theft etc.”

The Finance Minister in his speech in the Senate Standing Committee for Finance in June, 2013 announced to enhance the minimum wages of unskilled workers from Rs 8,000 to Rs 10,000 per month.

The Finance Minister in his budget speech 2014-15 has also announced that “the minimum wages would be increased from Rs 10,000 to Rs 12,000 per month for welfare of labour class w.e.f. 1st July, 2014. The minimum wage notified by the Provincial Governments under the Minimum Wages Ordinance, 1969 is applicable to a very small segment of the workers, working in industrial establishments given, in the notification, while the minimum wages provided in the schedule of the Minimum Wages for Unskilled Workers Ordinance, 1969 is applicable to all industrial establishments. Moreover, the Employees” Old Age Benefits Institution (EOBI) is facing a difficulty to collect contribution according to minimum wages announced by the federal government. As the Employees” Old-Age Benefit Act, 1976 reckons states of wages as declared under the Minimum Wages for Unskilled Workers Ordinance, 1969. Therefore, this bill to amend the schedule of the said Ordinance of 1969 is proposed.” 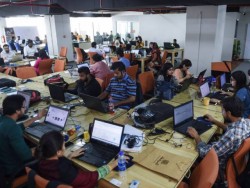