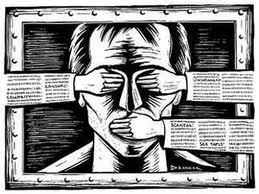 Anybody under the misapprehension that cyber attacks, state-to-state, are little more than childish pranks needs an urgent re-think. Cyber attacks are developing into key weapons of modern warfare and may define who wins and who loses in the context of future conflicts. The recent tit for tat cyber attacks on Pakistani and Indian electoral websites are a good example of the way in which this battlefront is heating up. Indian hackers defaced the website of the Electoral Commission of Pakistan. In retaliation Pakistani hackers, calling themselves ‘The True Cyber Army’, defaced 1059 sites of Indian election bodies.

Cyber attacks are no longer the sole province of the geek-and-nerd brigade tapping away at their keyboards just for the fun of it. Governments around the world are looking to their cyber defences because with increasing frequency entire states are coming under attack, with Lithuania being virtually crippled as a country by unknown attackers two years ago. Israel and the US have used cyber attacks to destabilise the programme producing enriched uranium in Iran. In the last week a massive cyber attack on the anti-spam watchdog Spamhaus was so vast that it slowed the entire World Wide Web. This newspaper has also in recent months had its website hacked and defaced. Pakistan, like every other developing country in the world, is increasingly dependent for a range of services on the Internet. Online banking and shopping are both expanding, and more and more students are online using distance-learning modules. All of the media groups in the country have an online presence and all of them are vulnerable to a greater or lesser degree. Our military uses the Internet to communicate as do the intelligence and security services. There will be other states around us who would like to know what they are saying – and by the same token we will be seeking to ‘listen’ to the military traffic of a variety of states and organisations. What ‘The True Cyber Army’ really are we do not know, but we may expect to see and hear much more of them in the future as the foot-soldiers of modern warfare. 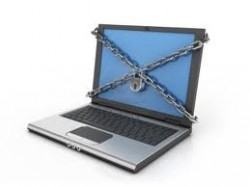