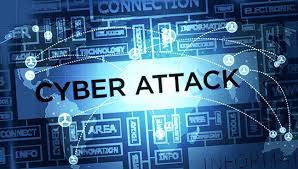 ISLAMABAD: The Pakistan Economy Watch (PEW) on Sunday said the recent attacks of cybercriminals on banks resulting in heavy losses have exposed weaknesses in the online banking system.

It has also brought the need for enhanced internet security in the banking and other sectors to the limelight, it said. After the attacks, around 10 banks have stopped international transactions through their credit and debit cards which will add to the problems of consumers, said Dr Murtaza Mughal, PEW President.

He said that all the businesses should improve cyber security while financial institutions should invest more in this sector under the supervision of the central bank to avoid theft of data. Murtaza Mughal said that cybercriminals have always remained a step ahead of government agencies.

The government should invest more in cyber security and relevant laws should be improved to discourage the crime which has the potential to disturb banking industry, he demanded. Dr Mughal said that cybercriminals know no boundaries; therefore, overcoming it is not possible without international cooperation.