KARACHI: Karachi Metropolitan Corporation staffers in the early hours of Tuesday sealed Markaz-i-Ilm-o-Saqafat Hall located near Ayesha Manzil over non-payment of KMC dues and for illegally subletting the premises.

A statement issued by the KMC says that the KMC had handed over the premises to a company so that cultural activities could take place at the hall, but they rented out the hall to another party that converted it into a cinema house.

Speaking to Dawn, KMC spokesperson Bashir Sadozai said that initially during the tenure of Jamaat-i-Islami mayor Abdul Sattar Afghani, it was planned by the name of Markaz-i-Islami to have hostels, a library, a picture gallery, a research hall for 100 people and an auditorium for around 350 people. Then during the mayorship of the JI’s Niamatullah Khan, it was planned that a Quran-o-Sunnat Academy would be set up there, he added.

Responding to Dawn queries, KMC Culture, Sports and Recreation senior director Raza Abbas Rizvi said that this facility was renovated during the tenure of Muttahida Qaumi Movement Nazim Syed Mustafa Kamal. It was then renamed as Markaz-i-Ilm-o-Saqafat where various cultural activities were to be held.

It was later given on a contract to M/s Funrama (Furqan Haider) on a rent of Rs200,000 per month.

About a year and a half back the then KMC administrator signed a new agreement with M/s Funrama allowing it to screen pictures, hold theatre shows, and other cultural programmes. After some time, M/s Funrama handed over the premises to M/s Cinepax Cinemas on Rs500,000 per month and cinema halls were set up there.

Mr Rizvi said the cinema had been sealed and action would be taken against M/s Funrama as it had not paid dues to the KMC for the past four months while it had also sublet the premises illegally.

Asked if action was being taken against the KMC staffers responsible for monitoring activities on the premises, he said the staffers had reported the matter to the KMC and a case was being prepared that could take some time. 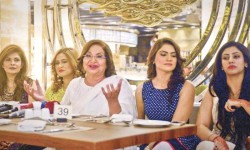 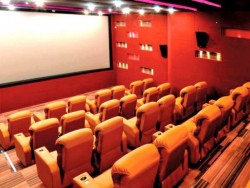