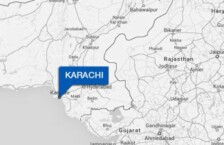 The environmental concerns have directly become a provincial matter and the likes of many matters of the province of Sindh, SEPA has also fallen in line with the operating rules of the province.

Pak-EPA in compliance to its mandatory requirement under the Pakistan Environmental Protection Act’s section 6 sub-section (2) clause (a) which is reproduced as below:“Undertake inquiries or investigation into environmental issues, either of its own accord or upon complaint from any person or organization.”

We are yet to see SEPA wake up and take any sort of proactive actions against environmental destruction taking place. Climate and environment impact has never really been a priority in the country despite the wide ranging measures that are being implemented across the globe to curb global warming such as the recent most ambitious plans ever set forth in North America to safeguard its long term interests especially the impact on the health of its citizens. Environmentalists have also repeatedly urged the Sindh government to focus on the prevailing environmental threat as it has the highest number of concerns of all the provinces.

Experts have said that Pakistan is also likely to face the brunt of the environmental, social and economic impacts of climate change. These raise major challenges for current and future decision-making and have multifaceted impact on the economy, agriculture, water resources and urban management. Experts estimate the country incurs financial nearly $5 billion loss annually as a result of environmental degradation.

As we all are aware of some of the very recent cases highlighted by the concerned citizens of Sindh in regard to the building of the twin nuclear power plants close to the city, the Malir bund realignment/construction project, Clifton flyover project and two linking underpasses, safeguarding Keenjhar Lake which is one of the major water resources for Karachi and Thatta to domestic and industrial effluent dumping by private contractors/city district government on the sea shores of Karachi.

The role of the Sindh Environmental Protection Agency (SEPA) has been heavily criticized in these cases: “We find it very disconcerting that the SEPA is running its affairs in a manner that is contrary to the letter and spirit of its own regulations,” said physicist Dr AH Nayyar.

Because of weak enforcement of the environmental law, we can expect another environmental crisis to occur in the near future within posh area of DHA Phase VIII of Karachi due to the illegal and unsafe construction of over 20 towers being built by the name of Creek View and Creek Terraces project (Arkadian Towers). Again there has been no SEPA hearing of such a huge public project being undertaken which is a mandatory requirement of section 17 of the SEPA Act, 2014 and surely the impact on the environment has not been taken into account either which would result in complete system failure especially for the residents of that area. This would result in an excess of traffic congestion when approximately an extra 20,000 vehicles ply the roads to transport about 50,000 people in absence of any traffic feasibility having been undertaken, not to mention the human and solid waste that will have to be disposed for which no environmental study has been undertaken, electrical and gas management etc…

A mega project such as Arkadian Towers has physical, biological, environmental, socio-economical consequences for the overall vicinity and all its residents yet no steps have been taken so far by the developer of the project ie AKD Capital Limited for conducting an IEE and/or EIA in relation to the Arkadian Towers. The sinister plan of AKD Capital Limited behind hastily completing the construction of towers appears to countenance deviations, any subsequently pointed out by SEPA, and also use the same as an excuse of delay in raising objection by any stake holder. The boundless greed of developers have already destroyed many peaceful neighborhoods of Karachi and this Arkadian Project may do the same — destroy the development and planning of Phase VIII, DHA, as well as disturb the present peace and substitute the same with noise and pollution. Needless to add that the traffic management system of the area will also be completely destroyed while the same is still in its nascent stage.

It is more distressing to witness that DHA being the Authority and custodian of the planning and development policies of the area where the Arkadian project is being constructed and where the major impact of adverse environmental effects would occur have however failed to protect the larger public interest and is seemingly neither concerned about the environment and/ or the residents of Phase VIII, DHA.

The director of Sindh Environmental Protection Agency Naeem Mughal said that the two high rise buildings being constructed in Defence Society Phase 8 namely Creek View and Creek Terrace didn’t fulfil the requirement of Environmental Impact Assessment (EIA) after the approval of plan which should be done according to the Act of 2014 passed by SEPA. When the project started a notice was issued and the work was stopped and in return they asked for a time period of two months. After that they submitted the EIA of the projects which at present with SEPA for the process of reviewing. After the issuance of public notice regarding the projects their public hearing will be held.

Panhwar also said that the industries in Hyderabad and Karachi and sugar mills in rural areas are threatening lives by polluting the environment. “What is the environment ministry doing for these issues?” he questioned on the recent budget allocated, saying that the provincial government is responsible for addressing Sindh’s issues seriously after the 18th Amendment.

Knowledge of the health impacts associated with climate change will have limited value without effective communication and education strategies to increase public awareness and understanding of the specific risks involved and the complexity of the issues. Communication with particularly vulnerable individuals and populations, as well as with health care professionals and public health officials tasked with protecting communities is itself deserving of further research to tackle this issue effectively.

For now let’s hope that the reluctance of SEPA to take action in DHA against the builders of the public “Arkadian” Project does not result in the social fabric of DHA Karachi being completely destroyed resulting in a collapse of the already unstable infrastructure.