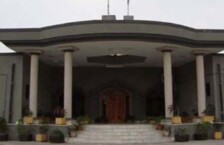 ISLAMABAD/FAISALABAD/MITHI: The court of law on Wednesday rejected petitions against Geo/Jang Group at three different places in the country. The honourable courts in Islamabad, Faisalabad and Mithi took up different applications, seeking banning of Geo TV and trial of its authorities.

Justice Riaz Ahmad Khan of the Islamabad High Court (IHC) here on Thursday dismissed two petitions seeking the registration of an FIR and trial under Article 6 of Geo TV authorities.The IHC sustained office objections over the petition that had been raised earlier by the IHC’s registrar. The Registrar’s Office had raised objections that the high court is not a relevant forum and such petitions could not be filed directly with this court.

Two petitioner Qamar Abbas and Abdur Rehman on Tuesday filed these petitions while adopting that they filed applications before Kohsar Police Station for registration of FIR against Geo TV for allegedly maligning armed forces and ISI but the police did not entertain them.

The petitioners had been seeking from the court to order police to register FIR against Geo TV and also issue directives that a case be registered against the TV channel under Article 6 on treason charges.

Legal counsel for the petitioners argued before the court regarding office objections. The court however dismissed their applications sustaining the objections. In Faisalabad, Additional District and Sessions Judge (ADSJ) Manzar Ali Gill, meanwhile, dismissed an application for the registration of a case against the Geo News administration and Amir Mir.

A local lawyer had filed the application with the ADSJ for the registration of the case on April 29. The ADSJ, in his written order, said as the matter was being heard by a judicial commission, it could not be heart by this court.

The judge, in his verdict, said the applicant did not have any proof; therefore, there was no room in the law to initiate a trial. In case, allegations were levelled against the ISI, it should seek a trial itself. The law did not allow a common citizen to become a petitioner when the allegations were levelled against a national institution. He also asked the applicant to file his complaint against the Geo and Jang Group with Pemra.