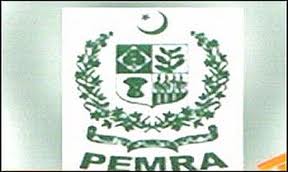 LAHORE: The Lahore High Court on Friday sought reply from a private TV channel’s anchor Mubasher Lucman for broadcasting defamatory programmes against Jang/Geo Group and its owners, and also from the Ministry of Information and Pakistan Electric Media Regulatory Authority (Pemra) for not initiating action against the channel.

At this, Justice Khalid Mahmood said the court wanted to hear the respondent Mubasher before passing any interim order.The court adjourned hearing till Dec 30 and directed the respondents to submit a reply.

The petitioner said that Section 20 of the Pemra Ordinance 2002 bars broadcast of defamatory material. Therefore, it was the responsibility of Pemra to ensure that none of its licence-holders broadcast any such material, but it did not stop the defamatory broadcast by the respondents and failed to act against them.

The petitioner further argued that Pemra had failed to take any appropriate action against the violators thus far. The petitioners filed an application with Pemra through its counsel on Nov 29, 2013, requesting it to ensure implementation of Pemra Ordinance 2002 in letter and spirit and direct the respondents to refrain from defaming the petitioners and the employees of the media house. But Pemra did not fulfil its legal responsibility, which draws serious apprehensions as if Pemra is not interested in restraining the respondents from defaming the plaintiff and their employees. So the complainants had moved the court for help for putting an end to this malicious onslaught. The petition sought the court’s immediate intervention for stopping the private TV channel from defamatory broadcast against the petitioners, their directors and others concerned. The petitioner further requested the court to advise Pemra to suspend or cancel the license of the respondent TV channel if it persisted with its baseless propaganda. The petitioners’ counsel also requested the court to pass instructions to the respondent TV channel not to broadcast any defamatory programmes.