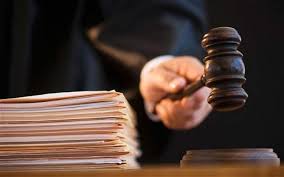 KARACHI: An accountability court on Wednesday reserved its order on an application seeking direction for the National Accou­ntability Bureau to submit three-year details of the government advertisements allegedly illegally awarded from 2013 onwards.

Accountability court-I Judge Rashida Asad rese­rved her verdict to be pronounced on March 20 on an application moved by an accused, Mansoor Rajput, through his defence counsel.

In the plea, the applicant requested the court to issue a direction to the prosecution’s witness, Mir Alam Jokhio, asking him to submit in court details of the advertisements allegedly illegally awarded by the Sindh information department in 2013 and onwards. Earlier, the defence counsel cross-examined the witness.

The judge fixed the matter for March 20, when the defence counsel for other accused persons would cross-examine the witness.

Former information minister Sharjeel Memon, then provincial information secretary Zulfiqar Ali Shallwani and then deputy director Anita Baloch among 15 accused persons have been charged with committing over Rs5 billion corruption in 2013 in awarding advertisements of the provincial government’s awareness campaigns to the electronic media.