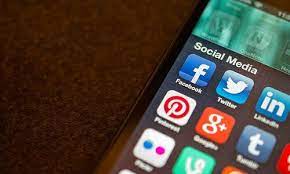 ISLAMABAD: The Islamabad High Court (IHC) on Wednesday referred the social media rules to the National Assembly speaker for review and to make necessary amendments to ensure freedom of expression.

IHC Chief Justice Athar Minallah resumed hearing on the identical petitions filed against the social media rules introduced by the previous Pakistan Tehreek-i-Insaf (PTI) government. The rules, introduced through the Removal and Blocking of Unlawful Online Content Rules 2020 under the Prevention of Electronic Crimes Act 2016, were immediately rejected by many stakeholders such as the Internet Service Providers of Pakistan (ISPAK) and were widely criticised as being ‘draconian’.

Leader of Pakistan People’s Party Farhatullah Babar, through his counsel Usama Khawar, filed a miscellaneous application before the court on Wednesday.

It stated that the petitioners as well as citizens were entitled to protection of law and enforcement of their fundamental rights related to freedom of expression and fair trial.

“As the principles of democracy are not based on dogmas, they do not accept the theory of absolutes in any sphere of polity and political life, therefore, the authors of the Constitution, by enumerating fundamental rights, apparently did so in the belief that the proper and rational synthesis of the provisions would lead to the establishment of an open and democratic society under the rule of law,” the application said.

The impugned rules are utterly violative of the fundamental rights and requested the court to set aside these rules.

Justice Minallah remarked that since the petitioner belonged to a political party which is part of the coalition government, therefore, it would be appropriate if the government would invite stakeholders and amend these rules after proper consultation. He advised that the rules should be clear and there should be no room left for their misuse to curtail the freedom of expression. Mr Babar also conceded that the matter might be referred to the parliament.

Justice Minallah observed that there were certain issues which should be kept in mind, for examples challenges related to hate speech and other related crimes. He, however, remarked that it would be a test case for the incumbent government as well.