KARACHI: The Sindh High Court (SHC) directed on Wednesday the provincial culture department authorities to submit details along with the criteria to declare old structures as protected heritage sites.

Headed by SHC Chief Justice Faisal Arab, the bench was hearing a petition involving controversy over the declaration of the Hotel Metropole building as a protected heritage site by the provincial government.

The proceedings were initiated by the Karachi Property Investment Company (Pvt) Ltd in 2011. The petitioner said it had acquired ownership of the land and building belonging to Hotel Metropole in 1967.

Today, many commercial offices within the building have been rented out to different parties.

The petitioner recalled that the culture department had, through a notification, declared 1,061 buildings in Sindh, including the Hotel Metropole, as protected heritage sites. “The entire architecture of the building has been demolished or renovated. In 2006, the major structure was also demolished by the (then) Karachi Building Control Authority,” the petitioner pointed out.

He claimed that the building had no more archaeological value, thus it should not be declared as a protected heritage site. On April 30, 2013 the then secretary of the culture and heritage department had informed the court that an advisory committee on heritage would prepare a report on preserving the hotel as a heritage property. When he failed to show the report, the judges warned them of contempt proceedings.

During Wednesday’s proceedings, the judges directed the culture authorities to explain how many building were declared as protected heritage sites. They were also ordered to explain the criteria for declaring a structure as a heritage site. The judges will examine the requested documents on December 16. 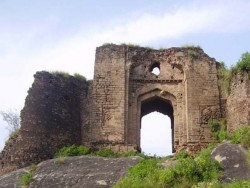