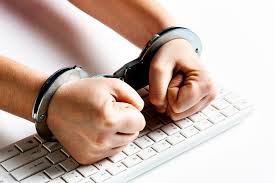 PESHAWAR: The Federal Investigation Agency (FIA) on Monday arrested a couple from the court premises after the woman’s pre-arrest bail and her husband’s bail petition were dismissed in a case of cyber crime in which the personal videos of a female police constable from her cell phone were shared.

Both were charged with forwarding the video and other materials of a female constable Gul Meena from her cell phone to other people. As per the FIA report, the couple was charged with under sections 36 and 37 of the Electronic Transaction Ordinance, 2002.

“It is an offence punishable with imprisonment of a term up to seven years or with fine of up to Rs 1 million or with both for a person who gains or attempts to gain access to any information system with or without intent to acquire the information contained therein or to gain knowledge of such information, whether or not he is aware of the nature or contents of such information, when he is not authorised to gain access,” the ordinance states.Muhammad Imran, brother of the female police constable, had lodged the complaint against the accused with the FIA.