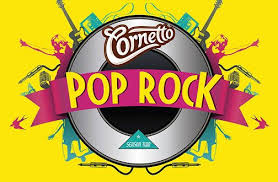 Having released songs featuring Strings (‘Piya Re’), Asim Azhar (‘Dunya’), Quratulain Balouch (QB) and Ali Sethi (‘Dil Karda Ay/Agar Tum Mil Jao’) this season, Cornetto Pop Rock is all set to unveil its fourth episode with a track called ‘Dekha Tujhe’ by Bilal Khan and Alycia Dias. Though the video teaser looks average, featuring ideas that have been explored before, the urban number does have some presence, courtesy of Alycia Dias who sounds remarkably similar to the late Nazia Hassan. The one-take video also features Azlan Shah and Maryam Nafees.

Dias, who has featured on Coke Studio in previous years, has several drama OSTs to her credit while Bilal Khan has also featured on the music series and made waves with his debut song, ‘Bachchana’ many moons ago.

As Instep reported earlier, Ali Azmat, who featured in past seasons with songs like ‘Mein’, ‘Dildara’ (with Noori) and ‘Chal Diye‘ (with Quratulain Balouch), is also going to feature in the ongoing third season with a song that is a collaboration with Abid Brohi, Khumariyaan and a band called Nafs. The track is co-composed by Ali Azmat and Ahsan Bari (Sounds of Kolachi leader) with lyrics by Sabir Zafar. It is co-produced by Bari and Faisal Rafi.