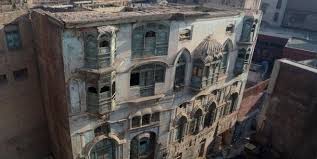 PESHAWAR: The Khyber-Pakhtunkhwa (KP) government has decided to convert the ancestral houses of legendary Bollywood actors and friends — Dilip Kumar and Raj Kapoor — into museums.

The Peshawar district administration will visit both houses on Wednesday (today) for a survey and measurements. The deputy commissioner and the Revenue staff will determine the value of the land. The Archaeology Department has already allocated funds to buy the houses. Both buildings are in dilapidated conditions and owners plan to build plazas on these places.

The museum will feature biographies, photographs and their affiliation with Peshawar, as well as other records of the two artists and their families.

“Raj Kapoor’s grandfather Basheshwarnathji used to come to our house with his son Prithviraj Kapoor and other family members.”

Director Archaeology Khyber-Pakhtunkhwa Dr Abdul Samad Khan told the writer that both houses had been declared national heritage and both would be turned into museums, as restoration of both houses was part of the Peshawar revival plan.

Abdul Samad said that the owners wanted to demolish the houses and build plazas so a letter had been sent to the deputy commissioner for implementation of Section 4. Dilip Kumar’s house has been severely damaged and only the outer walls are left, but Raj Kumar’s house was not much damaged. The government registered cases against the owners and prevented them from demolishing the houses.

Raj Kapoor was born on 14 December 1924 in Kapoor Haveli, Peshawar. He was the eldest son of the family. His other brothers included Shashi Kapoor and Shami Kapoor. His family moved to India around 1930. The Kapoor Haveli is situated at Dhaki Nalbandi near historical Qissa Khwani bazaar, which was built in 1918 by Raj Kapoor’s grandfather Dewan Basheshwarnath Kapoor.

Rishi Kapoor had requested the Pakistani government to convert the house into a museum in 2018. According to sources, the owners have demanded Rs1 billion for the house.

Dilip Kumar was born on 11 December 1922 in the Khudadad Mohalla, on the backside of Qissa Khwani bazaar of Peshawar in the house of Lala Ghulam Sarwar. He moved to Mumbai with his family in 1935 for business. He was a fruit merchant and a landlord. He first came to Peshawar in 1988 and visited his house once and kissed the soil. Dilip Kumar and Raj Kapoor, two great actors of Indian film industry, first and last appeared together in the film ‘Andaz’ in 1949. It was the first film to be made on the formula of triangular love (one hero, two heroines). The film was directed by Mehboob Khan and music was composed by Nowshad. The heroine of the film was Nargis. The songs of the film were written by Majrooh Sultanpuri. The year the film was released, it did great business and the same year Raj Kapoor’s film ‘Barsaat’ broke its record.

During the ANP rule in 2012, the then minister for information and culture Mian Iftikhar Hussain and the Minister for Tourism and Archaeology Syed Aqil Shah visited Dilip Kumar’s ancestral home and declared it a national heritage site.

While former prime minister Nawaz Sharif formally declared Dilip Kumar’s ancestral home as a national heritage site in 2014, but the directions could not be implemented. Dilip Kumar’s artistic services were also recognised by the Government of Pakistan and he was awarded Nishan-e-Imtiaz in 1988. The current owner of the house has demanded Rs2 billion.

The Archaeological Department told the writer that Dilip Kumar’s house was declared a national heritage site. Disputes arose between the landlord and the culture department over the sale of the house and then the landlord approached the court, which wasted a lot of time.