A petition, filed in the Lahore High Court (LHC), on Monday sought contempt proceedings against Prime Minister Imran Khan over his remarks against the judiciary during the premier’s live session with the public.

The petition also said PEMRA and PTV should be questioned in regards to the ‘on-air contemptuous program’.

Sardar Farhat Manzoor Khan, in his petition, made the Federation of Pakistan, through its secretary information and technology, the premier’s personal secretary, PEMRA and PTV as respondents.

He contended that on April 4, the respondent was hosting a live program with questions and answers by the prime minister, who ‘uttered some words against the judicial system’.

“The meaning of the wording amounts to give a message to the general public that some wrong in connection with Mian Nawaz Sharif, if any, is on the part of the judges, which mind flow and wording on the part of the Prime Minister especially through print media PTV, which at least uses to see 39 countries and so far are the social media is concerned the same is using in all the world even, hence the same is a violation of the following:

II-             Articles 68 and 114 of Constitution of Islamic Republic of Pakistan 1973 which prohibits such type contemptuous working against courts of law, even in parliament.”

The petitioner further stated that there are several case laws, in which the stakeholders were called and punished on the subject, especially in the case of Yusuf Raza Gillani.

He further stated such type of conduct of should not be tolerated and immediate action is also necessary to maintain the dignity of the beloved judges of Pakistan.

The petitioner also preyed upon the court that respondents be directed to restrain from ‘permanently uttering, using, showing any wording or program against or involving ridiculous and contemptuous attitude, acts and deeds against the judicial system or any judge of the judiciary of the Islamic Republic of Pakistan’.

It was further implored that the respondents be summoned and question in regards to the program that was telecast in the larger interest of the judiciary and the general public. 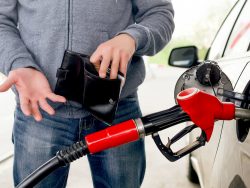