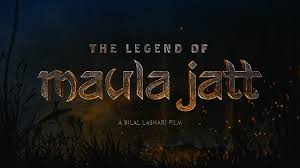 LAHORE – The Intellectual Property Tribunal Lahore has issued contempt notices in a petition filed against the use of a Punjabi film’s title “Maula Jatt” in an upcoming film “The Legend Of Maula Jatt”.

The tribunal had given a clear order and restrained the makers of “The Legend of Maula Jatt” from using the title and the case is still pending before the tribunal, said Muttaqi Sarwa, the CEO of Bahoo Films Corporation.

He said they could not use the characters, dialogues or anything of the Maula Jatt. The inquiry against all the team of the legend of Maula Jatt including their actors is also going on in the FIA for the last one year, he added.

‘The legend of Maula Jatt’, remake of the 1979 Punjabi blockbuster ‘Maula Jatt’, has been in the news for all the right and wrong reasons since release of its trailer.

Bilal Lashari, however, claimed that it was not a remake or sequel of the original version in any way.

Sarwar Bhatti, producer of the original version starring Sultan Rahi and Mustafa Qureshi, is not ready to accept the argument, saying it would be copy right violation. His son Muttaqi Sarwar has claimed to have attained a stay order against the release of the film.

Muttaqi Sarwar said: “It is extremely sad to see the attitude of so-called literate film makers like Ammara Hikmat, Bilal Lashari, Nasir Adeeb and their whole team. My father Muhammad Sarwar Bhatti made Maula Jatt in 1979. As many as 538 films were banned by General Ziaul Haq under MLO 81 and 537 films are still banned and only one ban on a film was lifted and that was my father’s debut Maula Jatt .”

He continued, “My father paid the highest entertainment tax worth Rs90 million in 1981 for Maula Jatt . Bilal Lashari, son of a famous civil servant Kamran Lashari, is violating our copyrights from 2012 when he announced the making of Maula Jatt without getting our permission.”

“Few months ago, the Intellectual Property Tribunal ordered that Bilal Lashari and their team cannot use the title of Maula Jatt as the judge further explained that the combination of the words Maula and Jatt can be used separately but ‘Maula Jatt’ cannot be used as a combined title so their title ‘The Legend of Maula Jatt’ is a clear cut contempt of court and infringement of our copy rights. The court gave a permanent injunction on the title of Maula Jatt and the rest of our case about the using of our characters, dialogues and overall style of our film is still pending in the court,” he said